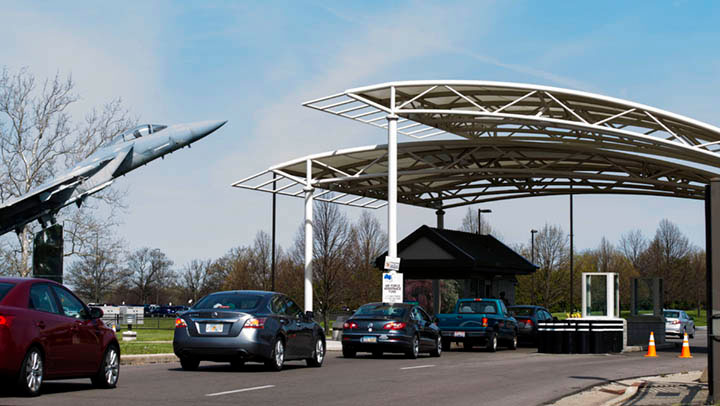 Wright-Patterson Air Force Base personnel with an Ohio-recognized Federal Law Enforcement Officer Safety Act or CCW permit – both in-state and those with reciprocity – will now be able to receive clearance to transport his transport weapon on the military installation.

“We recognized that part of the population was interested in seeing a change in our policy regarding the transport of private firearms to the facility,” said Major Julie Roloson, commander of the 88th Squadron. security forces to an official reporter. Air Force website. “After careful analysis, we established procedures to meet this intention without sacrificing the safety and security of the base. “

Policy, however, requires the firearm to be unloaded and to remain in a locked container and out of sight inside the person’s vehicle at all times. He cannot leave the vehicle or secure storage when he is on the base.

In 2016, the Pentagon released a rule that gave base commanders the power to decide whether personnel with permits to carry could transport firearms to their respective military facilities. To date, very few of them have changed their policy, forcing CCW holders who commute from base to leave their guns at home.

Wright-Patterson’s policy applies to active duty, guard, reserve and retired military personnel, as well as Department of Defense contractors and dependent military personnel 21 years of age or older. . A request must be received and approved to carry the firearms to the base. The change takes place in three stages, and active service can already apply. Others in uniform may do so on September 15 and civilians will follow on October 15.

Wright-Patterson is located near Dayton, OH, and has over 30,000 civilian and military employees. It covers over 8,000 acres and promotes itself as the state’s largest single-site employer.