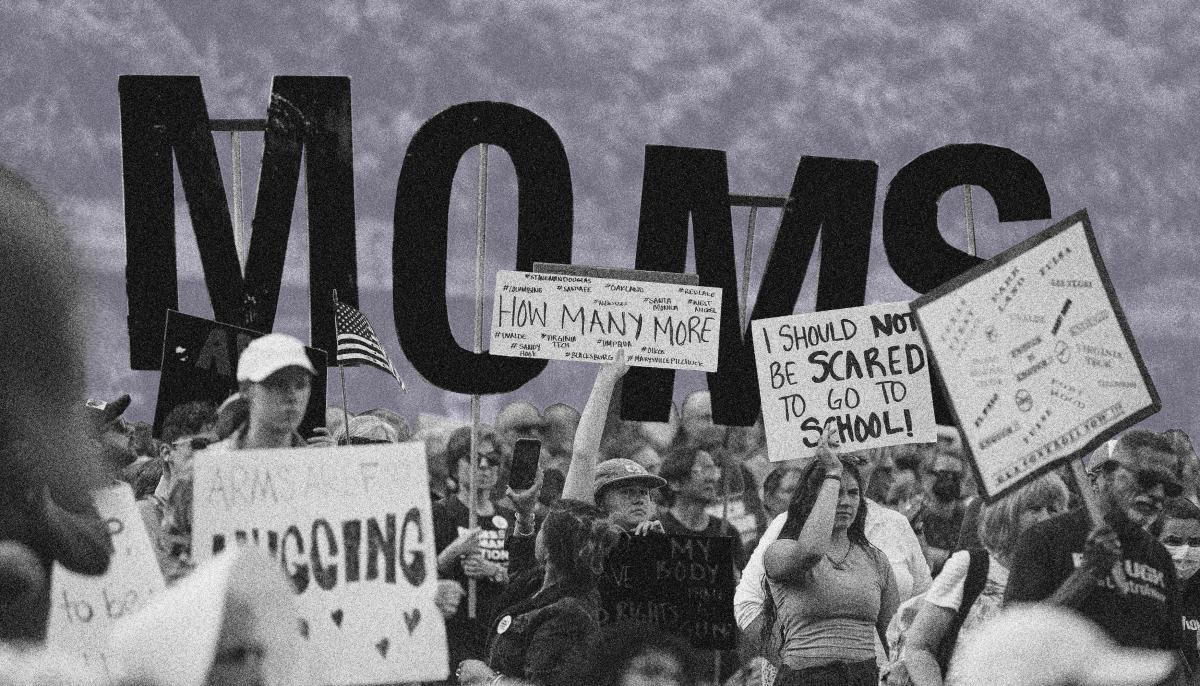 Almost 10 years ago, I acted on an instinct that would change the trajectory of the nation: After the mass shooting at Sandy Hook Elementary School, I bet women could take on one wealthiest and most powerful special interest groups in American politics and rewrite our country’s history of gun violence and launched the grassroots movement Moms demand action. While I was naïve in my belief that Congress would quickly pass new laws following the horrific murder of 20 children and six adults, my maternal instincts proved correct: women have changed gun safety policy in America.

On June 25 of this year, President Joe Biden sign the first federal gun safety law in a generation. What has changed since 2013, when four Democratic senators joined Republicans in blocking bipartisan background check legislation after the mass shooting at Sandy Hook Elementary School? Women.

Polls have shown that women overwhelmingly support more gun restrictions: CBS News–YouGov Poll found that nearly 70% of American women said we should have stricter gun laws, while only 6% said our laws should be less strict. Given that women vote in greater numbers than men – and have done so in every presidential election since 1980 – members of Congress should pay close attention to how women vote on gun safety. : Support tougher gun laws if you want women to support you in November.

But this change was not inevitable. It took years of hard work and incremental progress. It took mothers and others wearing their iconic red Moms Demand Action t-shirts to show up at every gun bill hearing at state houses and town halls, clashing with lobbyists from the firearms and their extremist supporters. Change has required organizing in our communities to operate the phones and knock on doors to elect Gun Meaning Champions at all levels of government. Change came from survivors of gun violence who turned their pain into purpose so that no other family would have to endure the same grief.

Over the past decade, alongside heroic survivors of gun violence, Moms Demand Action has helped move dozens gun safety laws in states across the country, including background check legislation, laws to disarm domestic abusers, and extreme risk laws. We have also worked in state houses to stop the dangerous NRA program, and we helped stop them from passing its top federal priority– covert reciprocity – after the election of Donald Trump when Republicans controlled Congress. And we’re working to help push innovative policies through school boards, city councils, and state legislatures that will save lives. Just this summer New York, New Jersey, Delaware, Californiaand Rhode Island passed important new laws and ordinances to help prevent gun violence, and more are in the pipeline.

Back when I started Moms Demand Action in 2012, gun safety was a third-rate political issue. The elected officials, beholden to the gun lobby, chose inaction because they were afraid of the NRA. In fact, a quarter of congressional Democrats had earned an A grade from the NRA for their votes in favor of the gun lobby’s priorities. Today none doand in passing the bipartisan Safer Communities Act, even Republican lawmakers openly stood up to the downsized gun lobby and stood on the side of gun safety.

Elected representatives on both sides of the aisle are beginning to realize that, now in the United States, working to address the epidemic of gun violence in our country is not just good policy; it is also good policy. This is in large part because of the work we have done over the past decade with survivors of gun violence to transform Moms Demand Action and Students Demand Action into an unprecedented grassroots army. Our movement is stronger than it has ever been at a time when the political power of the NRA is a shadow of its former self due to legal woes.

We will continue to roll up our sleeves and do the heavy lifting of the inglorious work of grassroots activism.

After the Senate passed the first federal gun safety legislation in a generation on June 24 of this year, Senate Minority Leader Mitch McConnell, a longtime NRA supporter, was asked about the reasons why he had joined 14 other Republicans in voting for the bipartisan bill. “It’s no secret that we’ve lost ground in suburban areas,” McConnell replied.

There has been so much new engagement on the issue of gun violence by the American public in response to the tragedies in Buffalo and Uvalde, Texas last May. A Republican senator who voted for the bipartisan Safer Communities Act attributed his decision, in large part, to an overwhelming sensitization of his constituents. This historic law will save countless lives and represents a critical step in our work to address the systemic problem of gun violence in this country. It also represents a significant shift in the conversation about gun violence. Even gubernatorial candidates in historically red states like Ohio, Georgia and Texas are running on gun safety because they know women on both sides of the aisle support stricter gun laws.

There is still so much work to do. We live in a country where 110 people are killed every day by gun violence and more than 200 are injured. Armed violence is now the leading cause of death among children and adolescents. So we’ll continue to roll up our sleeves and do the heavy lifting of the inglorious work of grassroots activism, including voting the gun sense candidates from top to bottom – over 120 of which are ours. volunteers.

If lawmakers do the right thing, we will have their backs. But those who don’t should remember that it was mothers who brought these legislators into the world, and they will have your jobs. Pay attention to the polls, lawmakers: November is coming and there’s nothing more powerful than an army of angry women.

Shannon Watts is the founder of Moms demand action and the author of Fight Like a Mother: How a Grassroots Movement Tackled the Gun Lobby and Why Women Will Change the World.