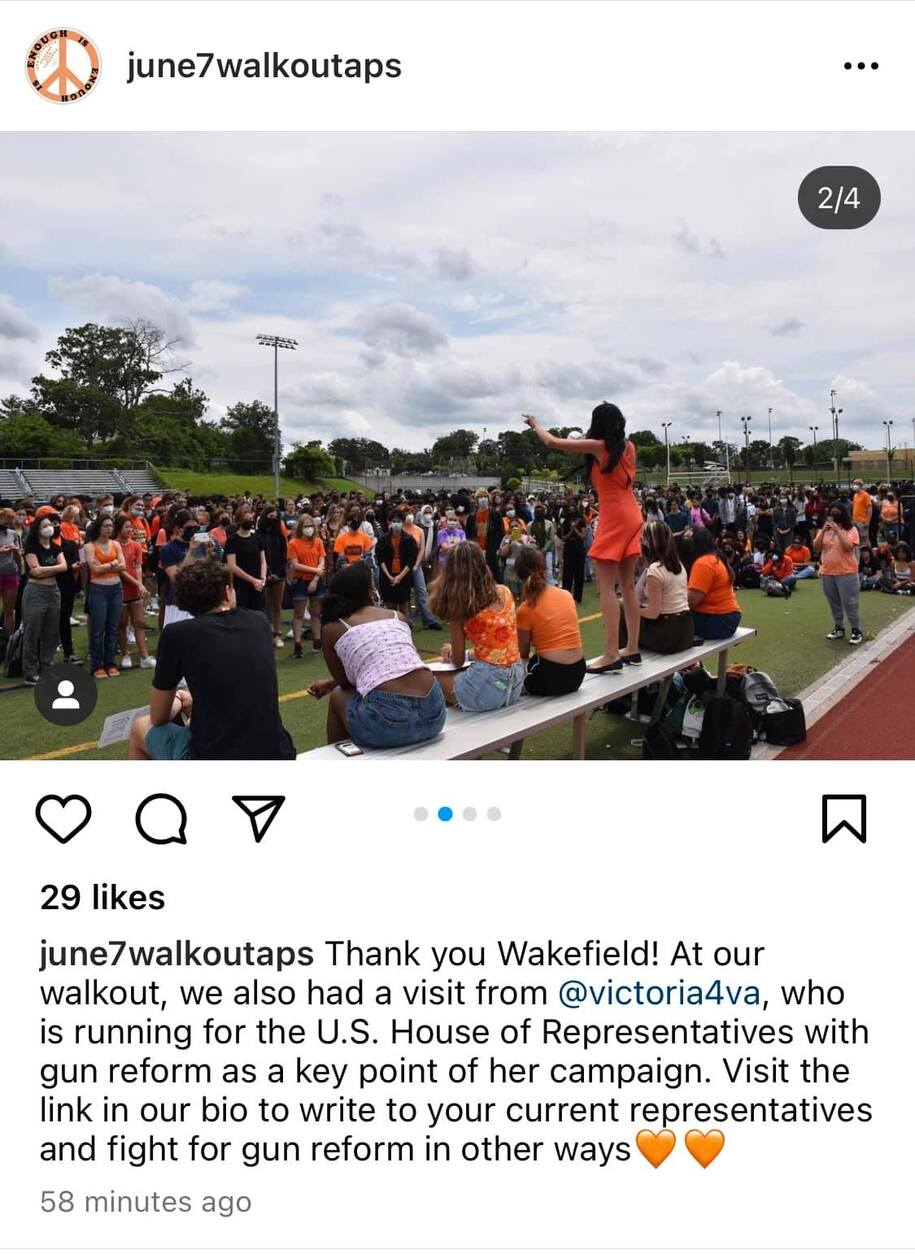 The United States is going through a horrific gun policy crisis. From supermarkets to elementary schools, across our country, the grief of the lives we have lost to gun violence is immense. It is also avoidable. I am a progressive Democrat running to represent Virginia’s 8th congressional district (VA-8). I am a strong supporter of gun safety legislation, including increasing background checks, enforcing red flag laws, and banning the sale of assault weapons and magazines of great capacity. Such laws impact lives and more effective leadership to promote gun safety is disastrous.

Last minute security attempt media coverage for his failing campaign, my opponent recently released a bill to tax the sale of assault weapons by 1,000% – this is clearly not a substantive proposal. Using an impractical, half-baked political proposition to draw attention to a campaign is exactly the kind of political stunt Americans are sick of. It is not leadership. VA-8 deserves a congresswoman who listens to the lived experiences of everyday Americans and solid research to inform policies that will truly make a difference and reduce gun violence.

Speaking of his policy proposal, my opponent said, “He’s trying to hit the middle ground, where it’s not a total ban, but people’s independent buying decisions would be a lot more ‘no’ Yes'”. There is nothing. soft on assault weapons. “Rosanna Smart, a Rand Corp. economist who has studied the impact of excise taxes on firearms,” ​​shared with the media that “empirical evidence is lacking on whether increasing excise taxes on firearms affects gun violence”.

In addition to this proposal lacking in proven effectiveness, it also misses the mark on bipartisan support. Such a policy proposal is not a way to set aside partisan ties to achieve results that matter. Instead, this proposal builds on political divisions that, again, Americans are fed up with. While Karina Lipsman, who won the Republican nomination in Virginia’s 8th congressional district, holds a political platform that contrasts sharply with mine, I wholeheartedly agree with Lipsman’s interpretation of this political proposition. as “political lip service.” He also arrives late. The most significant bipartisan Senate negotiations on gun safety in decades are already underway, making this proposal unlikely to be added to the mix.

I have a plan to bring real leadership to VA-8 to fight gun violence and shape a future that works for everyone. VA-8 needs someone who WILL WORK HARD in Congress to serve the people, not themselves. I am ready to be that leader. Join me in voting on Election Day tomorrow, Tuesday, June 21. To follow and support my campaign, visit victoriaforcongress.com.

Commentary: The Senate agreement on gun safety may seem like small potatoes – but it’s not | Opinion columns