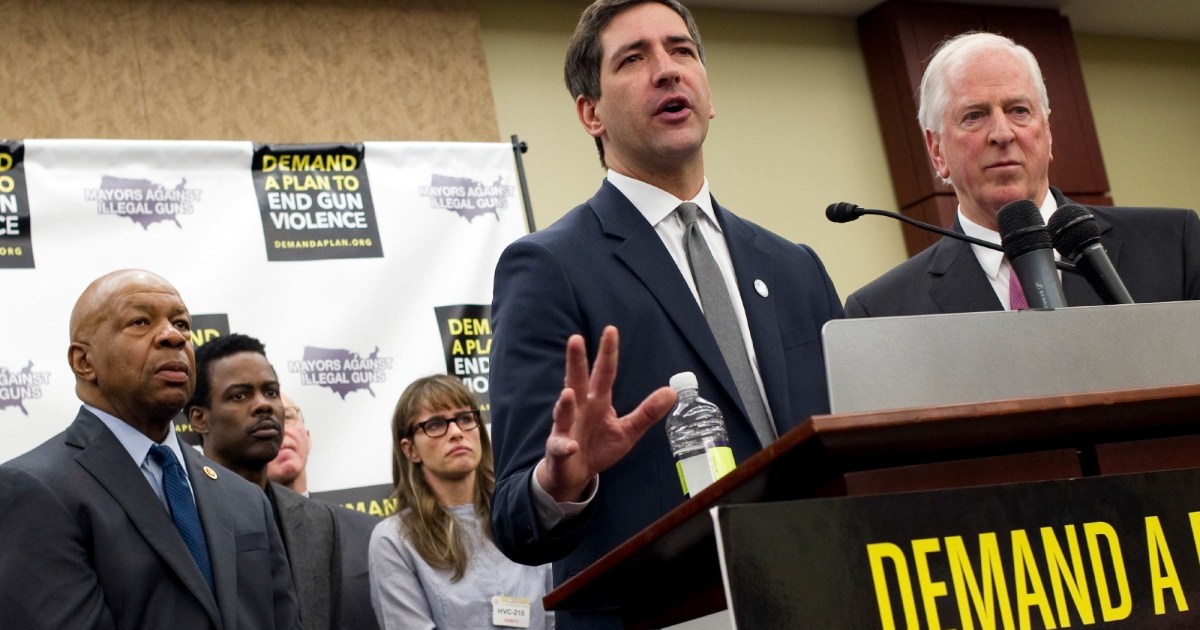 Fight disinformation. Get a daily rundown of the facts that matter. Register for free Mother Jones newsletter.

Mark Glaze, a prominent gun control advocate, died last week, leaving a country ravaged by gun violence without one of its most effective advocates to combat it.

Glaze was born in 1970 in Pueblo, Colorado. He attended Colorado College, then George Washington University Law School, and then worked for Washington-based political affairs firm Raben Group. Glaze, who was gay, joined the Human Rights Campaign in 2010, helping the group push Congress to repeal â€œDon’t Ask, Don’t Sayâ€. He joined the gun safety movement after the Newtown, Connecticut massacre in 2012. He left behind a son, Archer, aunts, uncles, cousins â€‹â€‹and a dog named Tallulah, according to his family.

I met Glaze in 2013, in the US Senate, when he was executive director of Everytown for Gun Safety. He was unsuccessfully advocating that the Senate pass a background check law, an effort I reported on.

I remember him as a handsome, young and approachable guy who wore nice suits. I didn’t know him well. I spoke to him maybe a handful of times. But he seemed like a confident, poised lawyer for an influential group, the kind of suckers and suckers you meet in Washington.

Like many people, however, Mark struggled in private. On October 31, he committed suicide at the age of 51 while in custody on impaired driving and other counts at the Lackawanna County Jail in Scranton, Pa., Members of the her family in a Facebook post. According to Washington blade, Glaze was involved in a car crash on I-81 in Dunmore, Pa. On September 9, and fled the scene.

Facebook’s statement on Mark’s death also read: â€œAs we celebrate the life of our beloved Mark, we would be remiss not to mention his heart-wrenching struggle with alcohol, depression and anxiety. During the last years of his life, Mark actively sought help. He went through several treatment programs, hoping to find peace and break free from the cycle of addiction that made him feel hopelessly alone and in pain.

“All those who have been bereaved by suicide face a period of unimaginable mourning, misplaced guilt and unanswered questions,” the statement continued. “We pray that by being open to the cause of Mark’s death, something positive can emerge from our devastating loss.”

There is no indication that Mark used a gun to kill himself. Yet he was the victim of a scourge which he strove to oppose. Almost two-thirds of all gun deaths in the United States are suicides, according to Mark’s former organization. To fight armed violence is to fight suicide. Research shows that people who have access to guns are much more likely to kill themselves than people who don’t.

Glaze and others in his field have advocated for the enactment of so-called red flag laws in 19 states and DC, which allow local police to confiscate the firearms of people who have threatened to injure themselves or injure themselves. other people. These orders aim to stop not only the murder, but the suicide. Evidence suggests that they are the most effective in preventing people from shooting themselves.

In a tribute released Friday, Michael Fleming and Igor Volsky of Guns Down America, who worked with Mark, said his “accomplishments have saved countless lives.”

I think it’s right. Tragically, he couldn’t save his family.

Mark’s family said that “If you’re thinking about suicide, worrying about a friend or loved one, or want emotional support, the National Suicide Prevention Lifeline is available 24/7 at across the United States at 1-800-273-TALK. . “