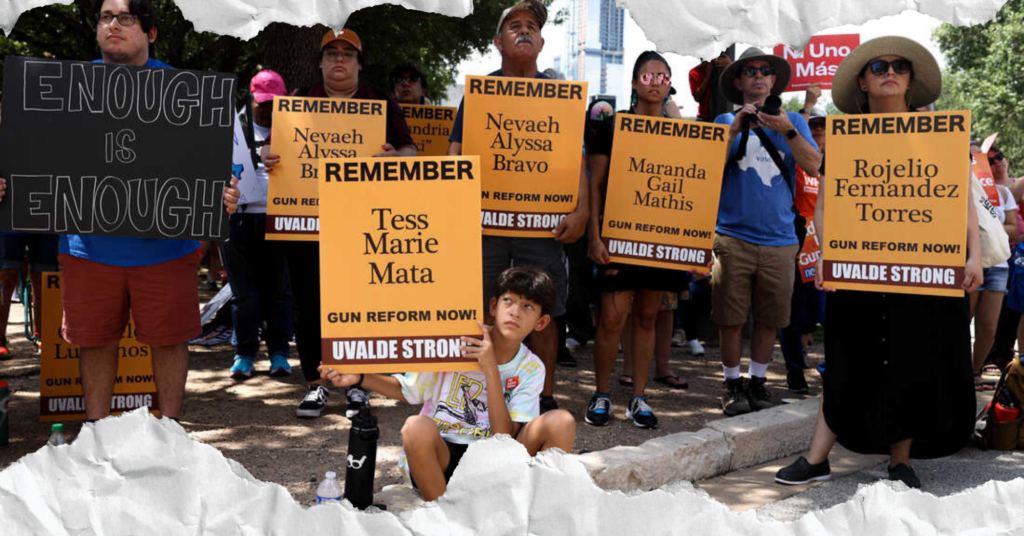 On the steps of the Capitol on Saturday, a rally was held to advocate for gun safety. The crowd was not made up of activists or politicians, but rather grieving parents who don’t want to let their children down.

Standing in the hot summer sun, family members took turns sharing the stories of the loved ones they so tragically lost in Texas’ deadliest shooting. Where 19 children and 2 teachers were shot and killed on May 24.

Uvalde’s parents and community members made the three-hour trip to Austin to rally outside Governor Greg Abbott’s office on Capitol Hill and demand that Abbott call a special session of the Texas Legislature to raise gun buying age 18 to 21 like in Florida. , California and New York did, as reported by The Houston Chronicle.

“Governor. Abbott, how much blood is going to stain your hands,” said Javier Cazares, who lost his daughter Jackie, a fourth grader who was among the victims of the Robb Elementary School shooting.

Abbott, who was not in Austin during the rally, has so far rejected calls for a special session and has not publicly supported raising the age to buy guns in Texas – although the Texas has seen eight mass shootings in the past 13 years.

Texas lawmakers have only softened state gun laws during the last two legislative sessions, in particular by adopting portage without a license in 2021, less than two years later mass shootings in El Paso and Odessa claimed the lives of 30 people.

The overarching question surrounding Texas lawmakers and gun policy advocates is: How can the state prevent another mass shooting?

Abbott’s response was to appoint committees to take charge of school safety and mental health initiatives. For the families of Uvalde, this is not enough. They fear it is only a matter of time before the next shooting.