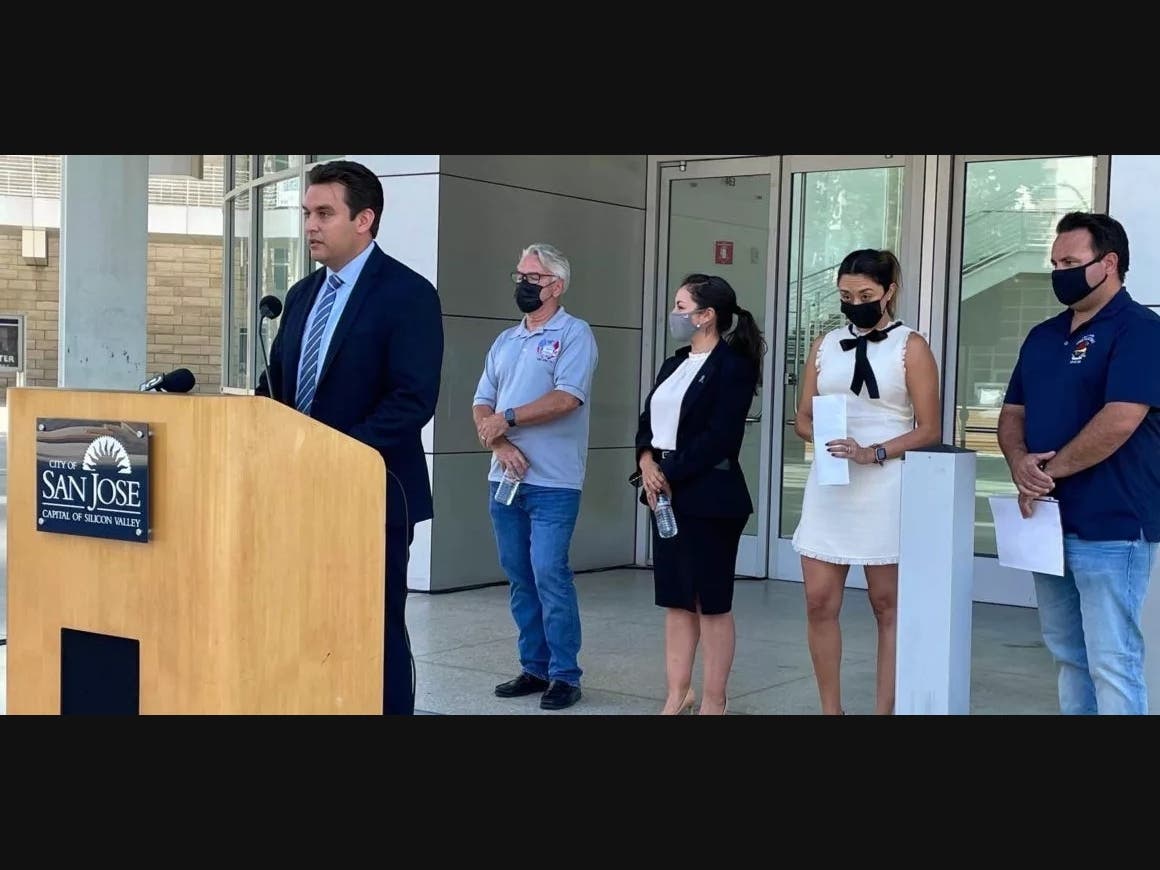 Peralez wants the city to examine the workplace culture among its employees and encourage them to participate in the mental health services provided by work. He also wants the city to partner with Santa Clara County to further develop the county’s newly approved trauma center and an audit of the city’s gun policies.

The Rules and Open Government Committee voted unanimously in favor of Peralez’s proposal on Wednesday. It will be presented to city council at a later date, and officials will work with the county and the San Jose Police Department to obtain data on gun-related suicides and homicides.

Peralez, a former full-time San JosÃ© police officer who owns multiple guns, aims to prevent another mass shooting at the hands of a disgruntled official while reducing the number of gun violence victims in the area. His friend Michael Rudometkin was killed in the mass shooting of VTA.

“There is nothing I can do to bring my own friend back,” Peralez said at a press conference on Wednesday. “But in the position I am in, I have an obligation to do whatever I can. It starts with this action today.”

â€œA comprehensive review of what leads to gun violence and really highlighting the impacts of guns on suicide is an important topic to discuss, and one that we haven’t discussed in the past,â€ said said board member Dev Davis.

Davis also asked about the city’s role in the development of the county trauma center. Peralez wants the city to take a proactive approach in coordinating programs with the county.

Council member Sylvia Arenas spoke about intimate partner violence and said that a friend of hers was killed by her boyfriend. She hopes the policies Peralez suggests will help bring justice to more victims of sexual assault.

Arenas pushed Peralez to include provisions on gender and gender crimes in his proposal. City officials said they would return with related data at a later date.

â€œIt really changes the way you go out. It’s one of the reasons I’m very focused on sexual assault and gender-based violence,â€ Arenas said. “It is important that we start to formally integrate some of the changes in our society so that we can have policy and training on it and have a change in our culture.”

Gloria Rudometkin speaks outside City Hall. Rudometkin lost her husband in the May 26 shooting at the VTA light rail station in downtown San Jose. Photo by Lloyd Alaban.

At Peralez’s press conference ahead of the rules committee meeting, Gloria Rudometkin spoke about losing her husband in the mass VTA shooting and waiting with her family for 12 hours at a nursing home. unification after the shooting, hoping he was still alive. She said officials failed to provide timely or truthful information.

â€œWaiting 12 hours to get information does a very cruel thing: it gives you hope,â€ she said. â€œI hope you find your loved one still aliveâ€¦ those who engaged with us were not prepared to properly support the families of the victims. I sincerely believe that a county-wide trauma center would help them. future victims. “

Several reports from San JosÃ© Spotlight have revealed a toxic work culture at VTA, punctuated by grievances from current and former workers. They claim their mental health issues are not being listened to. Families of shooting victims are suing workers’ compensation claims, and the wife of one of the victims is working with lawmakers to create a law that would allow the government to seize the assets of people who commit shootings mass and distribute the liquidated funds to the families of the victims.

John Courtney, president of ATU Local 265 which represents VTA workers, said he was grateful for the proposal.

â€œWhen (the shooting) happened, we didn’t have a playbook,â€ Courtney said. â€œWe didn’t realize how much the mental health part was entering our society, our homes. and in our workplaces. “

The city is expected to pass more laws in the fall to require all gun owners in the city to purchase insurance and contribute to a state gun violence fund.

Gun rights groups promise to challenge any gun laws passed by the city. Public commentators at Wednesday’s meeting, while overwhelmingly supportive of the proposal, also voiced concerns over the violation of their gun rights.

“Is city council now getting into the licensing of Second Amendment rights?” Asked resident Jonathan Fleming. “I think it’s important to know what we’re supporting before it’s approved.”