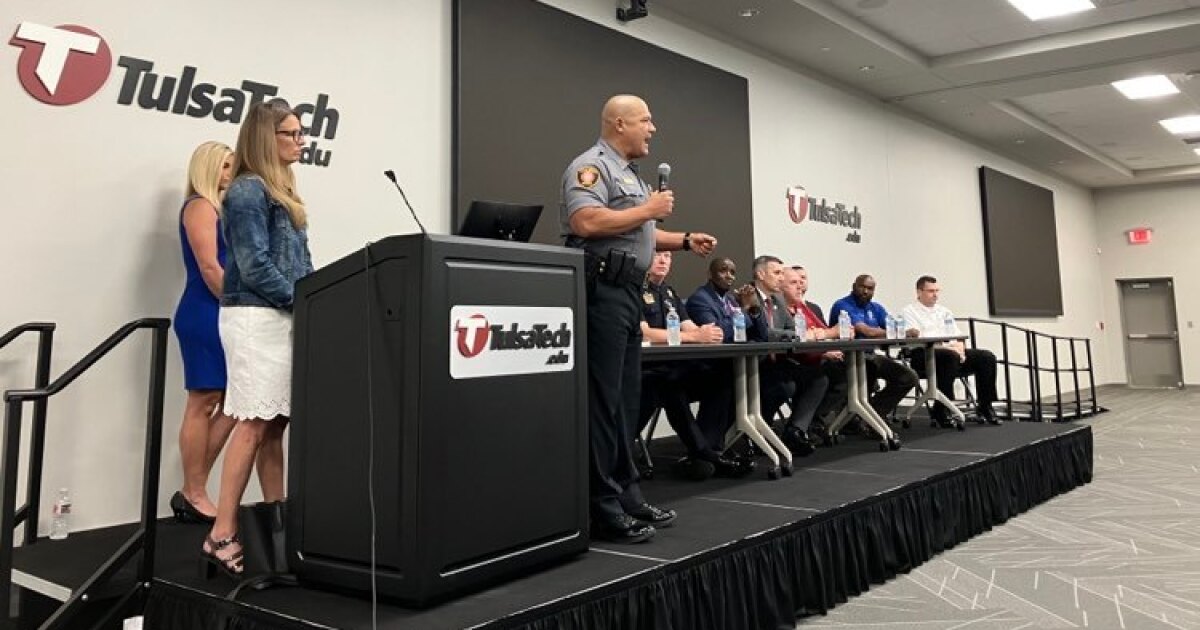 After a active fire forum held at Tulsa Tech on Tuesday night, Sheriff Vic Regalado weighed in on whether carrying without a license combined with other lax gun regulations in Oklahoma is a safety issue for police.

Unlike Tulsa Police Chief Wendell Franklin, who told the world of Tulsa that carrying without a license and buying straw put officers at significant risk, Regalado said the ease with which firearms can be acquired in Oklahoma is not as problematic as other factors.

“It’s very easy to point fingers at politicians and that’s the problem we have today. There is no common sense. [There’s no] bipartisan think tanks that can solve this problem, which can be solved. I would tell you that law-abiding citizens don’t cause active shooters. I would say to you that when it comes to active shooter, the long-term solution is to provide mental health and addictions services from now on.

As for background checks or raising the age to buy a gun, Regalado said he might be supportive.

“I think these are discussions that should take place. I’m not going to say “yes, I agree” but I would definitely like to sit down and chat. There’s a lot of things we can do that I think would satisfy your Second Amendment folks, would satisfy your more left-leaning folks, and that can benefit people.