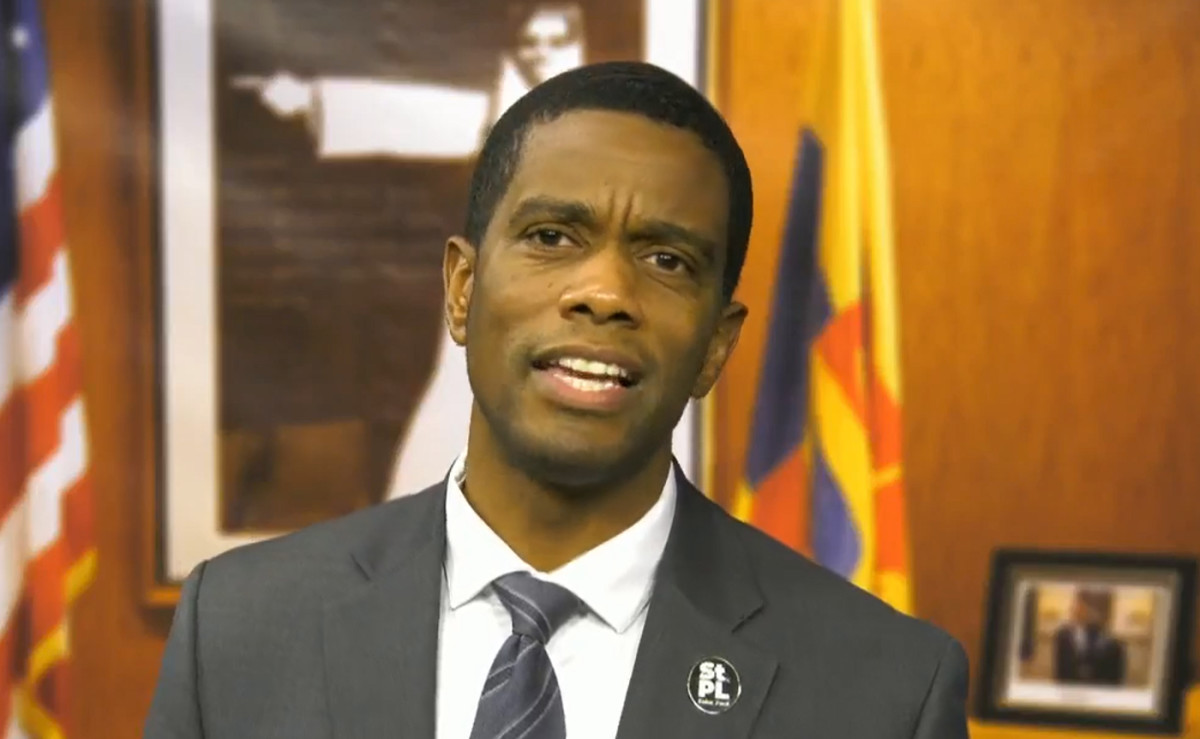 The mayor, during his State of Our City Address Tuesday Morning, announced plans to deliver a second phase of the People Prosperity Guaranteed Income Pilot. Paid for with U.S. federal bailout funds, the expansion would see 300 St. Paul families receive the unconditional monthly cash payments for two years, Carter said.

These payments, the mayor argued, can trigger “game-changing results” for needy families across the city, allowing parents to buy winter clothes for their children or attend educational classes that have enabled access better paid jobs.

“Our early results show that the majority of payments were spent on immediate needs like rent, groceries, gas, bills and baby supplies,” Carter said Tuesday.

The pilot program’s first campaign saw 150 low-income families receive $500 a month for 18 months and is set to end in April this year. The mayor said funds had also been spent on things like children’s winter clothes and a software coding course that helped a parent get a better job.

“A healthy economy must work for those who work it,” the mayor said. “Yet too many barriers exist for too many families to realize their full economic potential.”

Saint Paul was one of the top two major American cities set up a guaranteed basic income pilot project.

Carter also used his time on the State of Our City to discuss gun violence, specifically referencing the mass shooting at Seventh Street Truck Park in the early hours of Oct. 10. Marquisha D. Wiley, 27, was killed in the shooting. Fourteen others were injured.

While noting the state legislature’s lack of action on gun safety measures such as background checks, Carter said the city itself “must take every step possible to reduce the number of illegal weapons in our community”.

The mayor specifically wants to target gun storage and is asking the city council to pass an ordinance that would require gun owners to store their firearms in a locked space that is unloaded and separate from ammunition. Carter even suggested using US bailout funds to purchase gun safes and trigger locks for legitimate gun owners in the city.

“While firearms that are stored safely are less likely to end up in the wrong hands or be used to commit a crime, research from Johns Hopkins University found that less than 50% of American gun owners securely lock their guns,” Carter said. said, before exposing the high percentage of gun crimes that involve a stolen firearm.

“Tackling the root causes means our justice system must prove it can hold those who pull the trigger accountable, alongside every individual and business that profits from the availability of firearms if easily,” Carter said.

The St. Paul Police Department and the future of public safety in the city received a lot of attention from Carter.

“While some still see the reinvention of public safety as opposition to the police, our Saint Paul framework is about better serving our residents, our officers and our entire community at the same time, finally building systems designed to keep us all safe,” the mayor said.

“While some still see the reinvention of public safety as an opposition to the police, our Saint Paul setting is about serving our

He also pointed to a significant reduction in K9 bites, from 55 over a two-year period to zero in 2021 following an audit.

The police department, meanwhile, will receive 55 new officers later this week, when the city graduates with the largest police academy class in its history, Carter said. He also gave the green light for a second police academy to start this spring.

Who will run the police department? Carter said that was TBD.

Current Chief Todd Axtell will step down in June, at the end of his first and only term. The mayor said the city would take its time selecting a replacement, calling it “reckless…to suggest that speed should be the ultimate priority” in the process.

“Few decisions have more consequences than the selection of a chief of police,” the mayor said, continuing later, “We will allow the time necessary to engage our community, do our due diligence and select the candidate most appropriate to lead our department for the next six years.”

What about rent control?

In November, St. Paul voters approved one of the toughest rent control policies in the nation, capping residential rent increases at a maximum of 3% per year. The measure made no exceptions for new homes or small landlords, and as Axios noted last monthseveral developers halted St. Paul projects over the ordinance.

On Tuesday, Mayor Carter said his office had drafted a policy that would exempt new housing (meaning those under 15) from the new rules. That includes large developers and a neighbor who hopes to build a duplex, he said.

“This draft ordinance will be sent to City Council before the close of business today, and I will sign it as soon as they are ready to act,” the mayor said.

This platform wants to disrupt the payday loan industry