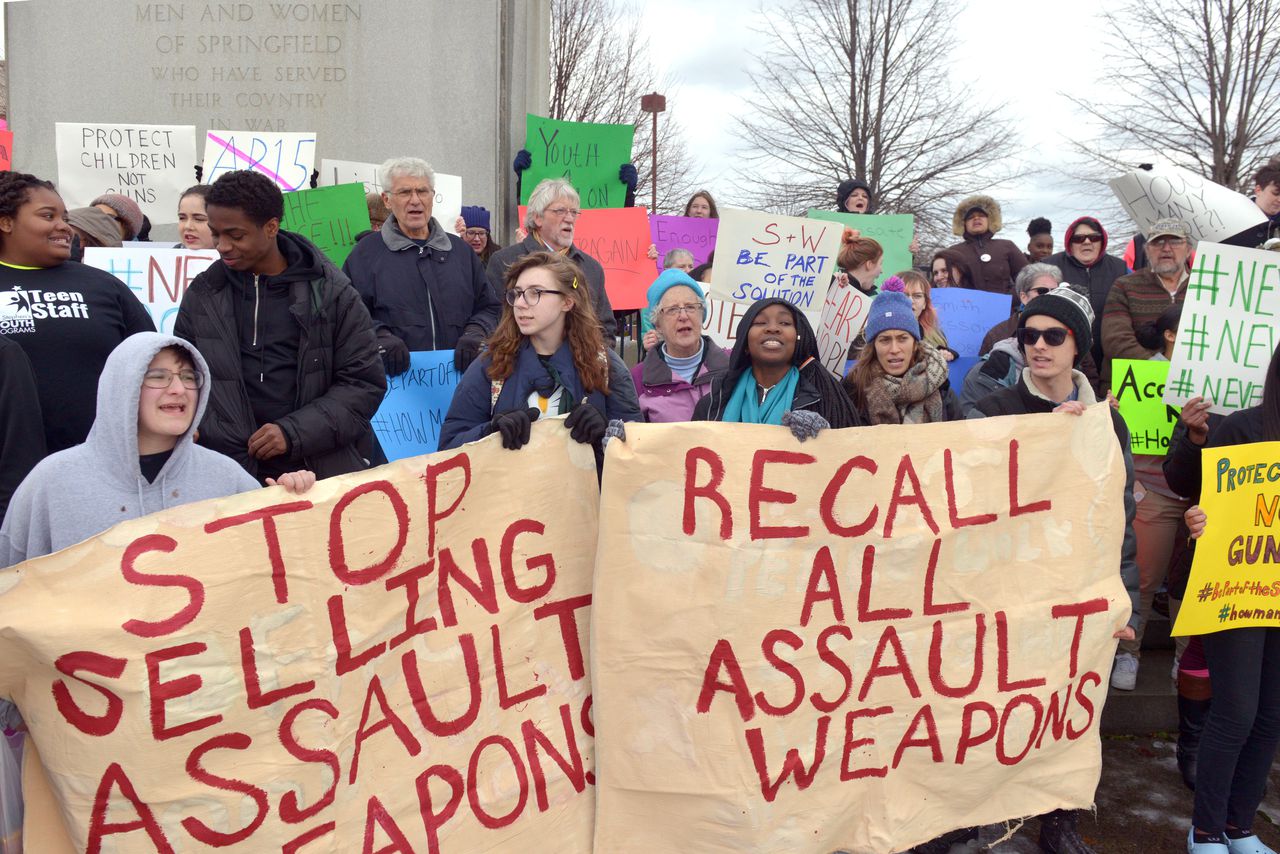 Earlier this month, Smith & Wesson announced plans to move some manufacturing operations to Tennessee, claiming it was “under attack” by gun safety advocates who launched legislation banning the manufacture of guns. firearms whose use is illegal in Massachusetts.

A gunmaker claiming to be “under attack” would be laughable if lives were not at stake. Almost 40,000 lives are lost each year to gun violence. Over a million Americans have died from unregulated guns over the past three decades.

Having spent almost 30 years working to reduce preventable gun violence, I know what it is like to be “attacked”. My friends Sandy and Lonnie Phillips lost their daughter, Jessi Ghawi, in the 2012 Aurora mass “attack” carried out with a military-style AR-15 assault rifle made in Massachusetts by Smith & Wesson. They now support other survivors of gun violence through their non-profit organization, Survivors Empowered, and often face hostility.

Other friends, Manny and Patricia Oliver, lost their only son, Joaquin Oliver, in the mass “attack” on Parkland in 2018 – also with an AR-15 assault rifle made by Smith and Wesson. They are now working to change the culture around guns in America through dozens of ARTivism events sponsored by their nonprofit, Change the Ref. The “attacks” come in the form of hate mail and vandalized art exhibits.

More than 100 people have been killed or injured in Aurora and Parkland. Those who survive struggle with PTSD, depression, and a myriad of other mental and physical health issues. This exponential damage, grief and loss demonstrates the danger of these “Made in Massachusetts” military-style assault weapons and what it is like to be truly “attacked”.

As a businessman, gun owner and co-founder of Stop Handgun Violence, I consider myself lucky. I have not lost any of my family to gun violence, and I hope that my three decades of defending gun safety – in the face of anti-Semitic hate messages and vicious death threats – will prevent further harm from occurring. ‘attacks on people like the Oliver and the Phillips.

Smith & Wesson’s announcement last month came with the claim that our legislation is to blame. If passed, the bill would prevent the manufacture of military-style assault weapons in Massachusetts, consistent with our long-standing ban on the sale and ownership of these weapons in the Commonwealth. Smith & Wesson claims that 60% of their income comes from the sale of these assault weapons. When Stop Handgun Violence first worked to pass the 1998 assault gun ban in Massachusetts, Smith & Wesson did not manufacture those guns at all.

In reality, Smith & Wesson is not moving because of the bill, but because Tennessee offers cheaper labor, less liability for gunmakers, and virtually no laws or regulations on firearms. gun safety, including any laws preventing people with a known history of violence from buying guns.

The extent of gun violence in this country depends largely on location. According to the National Center for Disease Control and Prevention, states whose elected officials strive to protect their constituents by passing effective gun safety laws have low gun fatalities. States that do not remain at a much higher risk of gun violence and death.

Our hearts break for the nearly 40,000 families a year who lose loved ones to preventable gun violence, including the disproportionate number of people in Tennessee where the gun death rate is five times greater than ‘in Massachusetts. Smith & Wesson’s move will only increase gun violence in Tennessee, where it already costs the state more than $ 9 billion each year in lost wages, medical expenses, law enforcement costs and loss productivity.

A notice board we created after the Aurora shooting had a simple message: “Assault weapons have stopping power, luckily your vote too.” Good riddance Smith & Wesson and its executives, and we hope the people of Tennessee will remember this as they head to the polls next year with a new manufacturer of lethal assault weapons among them.

John E. Rosenthal is the co-founder of Stop Handgun Violence