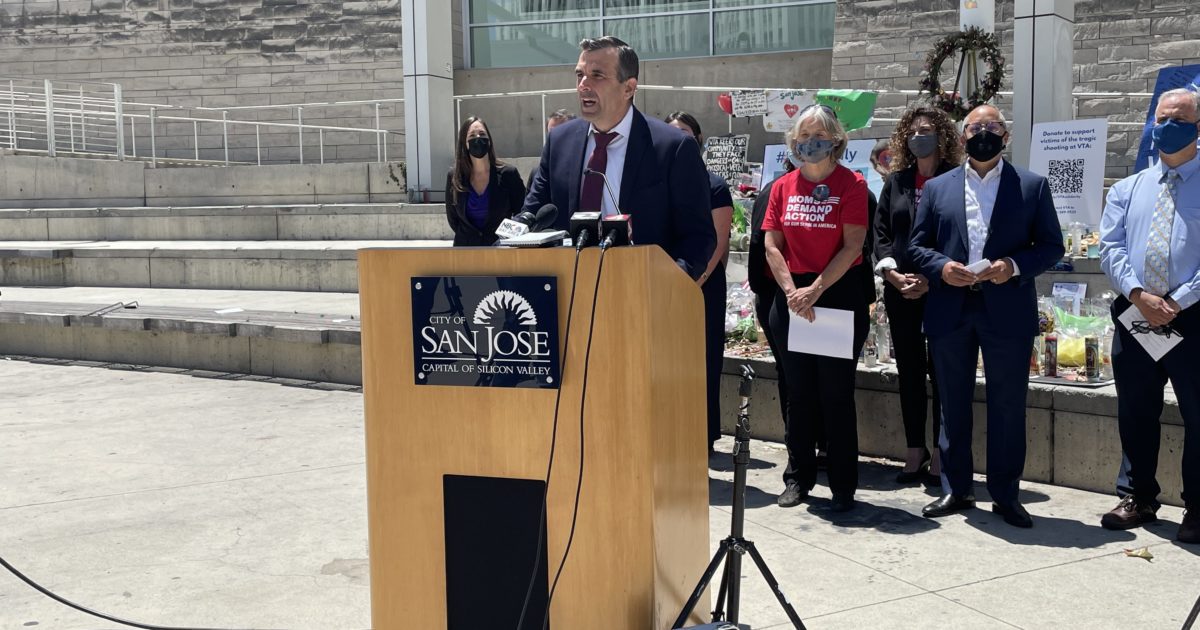 “(The judge’s decision) is positive because it means the plaintiffs cannot immediately block the order,” Tamarah Prevost, senior attorney representing San Jose, told San Jose Spotlight. “But that doesn’t necessarily have a permanent effect on the rest of the case.”

The lawsuit, filed in January by the National Association for Gun Rights, claims the city’s new law violates the First and Second Amendments by imposing a special tax without the approval of a majority of voters and forcing a non-profit organization to spend the money on specific programs.

“To confront the scourge of escalating gun violence in our country, we need bolder, more impactful and more creative solutions than the half measures that have emerged from Congress,” the mayor said.

The decision came ahead of a Thursday hearing where San Jose is seeking to dismiss one of three lawsuits challenging the local law aimed at reducing gun violence. The city is also seeking to dismiss the other two cases, filed by the Firearms Policy Coalition and the Howard Jarvis Taxpayers Association, in hearings later this month.

Michael Columbo, attorney for the National Association for Gun Rights, said the judge’s decision does not mean a complete victory for San Jose.

The local policy was supposed to go into effect Aug. 8, but San Jose decided to delay implementation until at least January, according to a July memo from the city manager’s office. San José Spotlight reported in April that the city has yet to create a nonprofit organization to enforce and collect the fees.

“So the court denied our motion, but the city still decided against it,” Columbo told San José Spotlight.

He also pointed out that this week’s ruling appears to support the gun group’s argument over the fee, which Columbo called a mandatory donation. In a footnote to the ruling, Judge Freeman said the gun group made “compelling points” and advised San Jose to pay “close attention” to the arguments as it worked on its regulations.

Columbo also questions the city’s delay in implementing the fee. Freeman said during the hearing that she may dismiss aspects of the lawsuit because she cannot assess the gun group’s argument until more information about how the gun group works. non-profit organization are available.

“It’s interesting that at this point, after working on the design of the ordinance for a year or more with the advice of experts and lawyers, and six months after signing it into law with great fanfare, San Jose still can’t decide how to apply it legally,” Colombo said.

At the hearing, Prevost said the city is not delaying the enforcement of gun charges to undermine the lawsuit.

“It is not at all the case, in any way, that the city is waiting for this matter to be completed before moving on (with this order),” Prevost said. “The city is working very hard to come up with constitutional and effective regulations (to) deal with this very complex issue.”

According to the city memo, officials will give the San Jose City Council an update on the implementation of the gun policy in August, with plans to begin creating a nonprofit. profit designated in September.

Freeman said she would dismiss a number of claims from the gun rights group, but would not issue an order until she completes dismissal hearings on the other two. business.

The court is considering consolidating the three lawsuits, Freeman said.