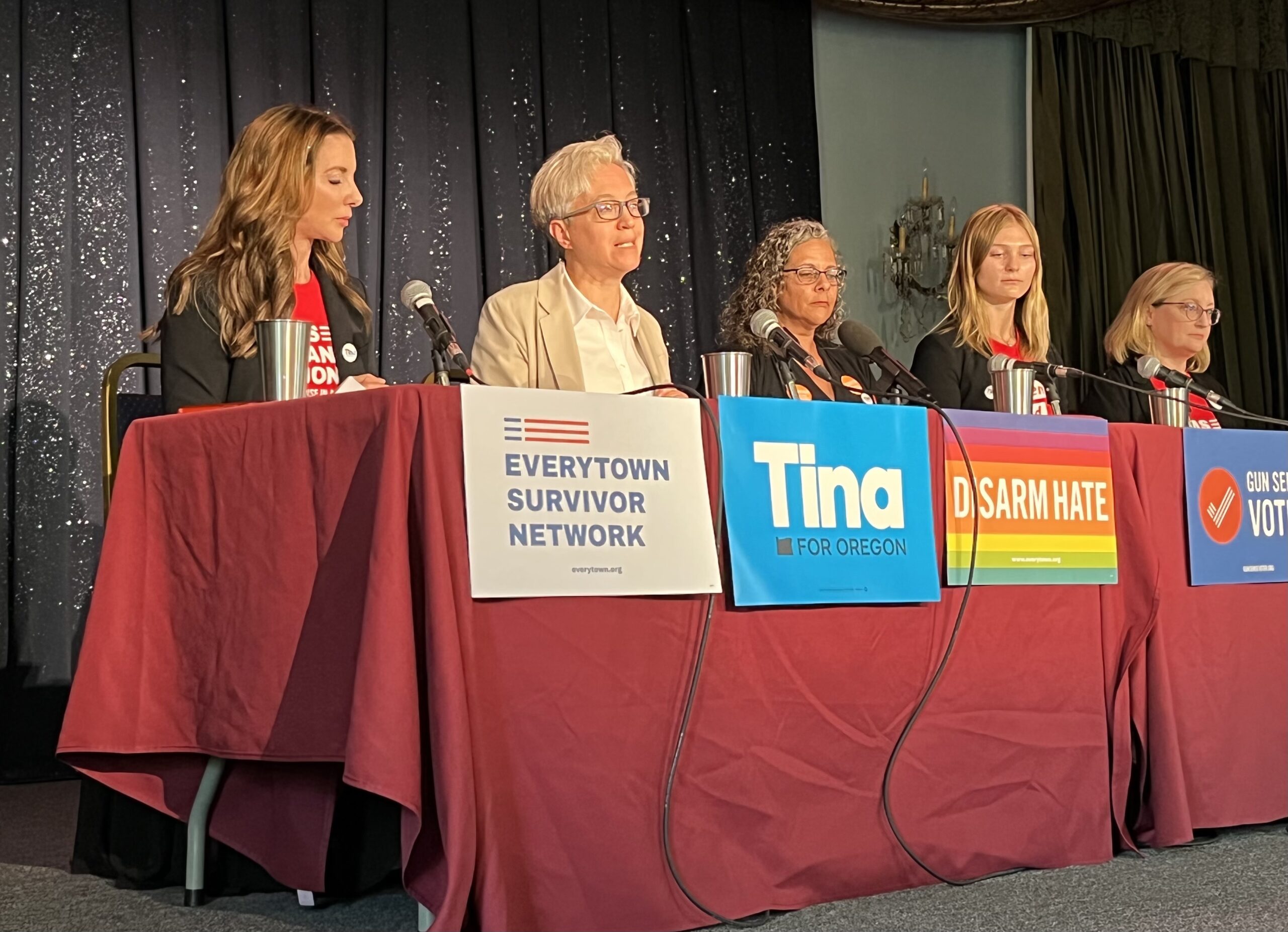 PORTLAND — Democratic gubernatorial candidate Tina Kotek has pushed for a debate just on gun laws since a gunman murdered 19 young children in Texas this spring.

Following a grocery store shooting in one of Oregon’s largest cities on Wednesday, Kotek had backed out of bringing his two rivals into the gubernatorial race to debate gun policy. Instead, she joined gun control advocates, including the leader of a national gun safety group, at a north Portland performance hall to talk gun control alone. fire.

Wednesday’s event comes as each gubernatorial candidate steps up their campaign and tries to make their case to voters. Christine Drazan, the Republican candidate, brought Maryland Gov. Larry Hogan to Portland on Tuesday to help do his business for a conservative approach to law enforcement and homelessness, and unaffiliated candidate Betsy Johnson hosts the state meeting with voters at county fairs.

Gun politics is one area where Kotek can draw a clear distinction between her and Johnson, a gun owner who served as a Democrat in the state Legislature for 20 years before quitting the party. to run for governor. After several mass shootings, including one less than 170 miles from the Portland forum, Kotek is counting on voter frustration over gun violence to help him overtake his opponents.

Kotek said he received an email from a parent whose son was in the Safeway, not far from the shooter, and others from concerned residents.

“It really means we need to do more,” Kotek said. “As young people between the ages of 18 and 21 can buy this type of weapon, this must be the next step.”

Johnson also recently called for raising the age to purchase semi-automatic weapons from 18 to 21.

“I will not disarm law-abiding citizens, but I will do more to keep guns away from criminals, lunatics and children,” Johnson said in a recent email to supporters. Johnson owns a submachine gun, according to reports.

Kotek said she doubts Johnson will follow through on gun control promises.

“It’s a political convenience,” Kotek said. “His voting record is very clear. I’m sorry, I wouldn’t trust him to follow up on this.

Drazan argued that Oregon doesn’t need tougher gun laws. She pledged to veto additional regulations, though she did not outline any existing laws she would seek to repeal.

“Oregon’s current books laws in this particular category do a good job of safeguarding safety in our state right now,” she said during a debate in July.

A measure on the November ballot would require gun buyers to complete safety training and pass a background check before buying a gun. Background checks are already required, but a federal loophole allows people to buy guns without completing the check if it takes more than three days to get the results.

The ballot measure would also ban ammunition magazines holding more than 10 rounds, although this restriction does not apply to police or law enforcement. Gun owners who already have large magazines could continue to use them on ranges or on their own property.

Kotek supports this measure. The faith group behind it also plans to work with lawmakers next spring to ban the sale of semi-automatic weapons — something Kotek said she doesn’t think she can do at the state level. Instead, she said, she would lobby Congress.

“I’m very pragmatic in that I believe this is something the federal government needs to do,” she said. “We’ve had bans, and the challenge is that if a state bans it, the ability to cross the border is too simple.”