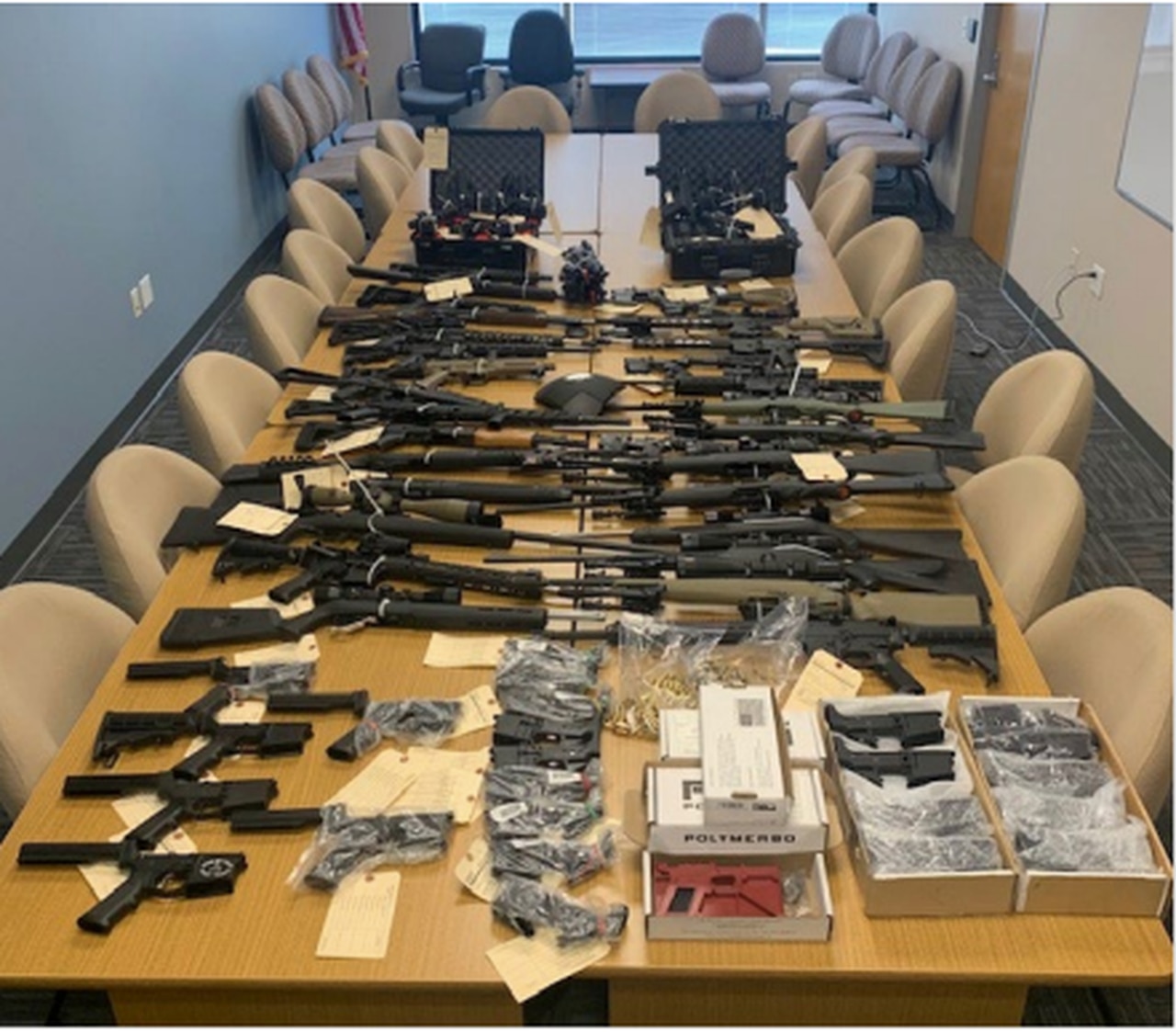 Rosenblum is the attorney general of Oregon.

Last month, federal agents and local police uncovered a massive “ghost gun” manufacturing operation, seizing dozens of firearms and firearm components from a Salem home. Officers also found approximately 200 counterfeit Oxycontin M30 pills, believed to be made with fentanyl. The prime suspect is a convicted felon – someone prohibited by law from owning firearms. Still, the discovery of his apparent arsenal comes as no surprise. That’s because ghost guns – untraceable home-made firearms – pose a growing danger to all Oregonians.

Let’s start with the basics. People can easily and inexpensively purchase ghost weapon components and blueprints online, often without background checks. By using construction kits or 3D printers, they can produce deadly weapons at home that are unobtainable, unlike commercially manufactured firearms with unique serial numbers. Ghost guns made by 3D printers can be made entirely of plastic, which means they can evade metal detectors and other security devices.

Because these weapons are easy to craft, they are also very easy to buy – often traded and sold through social media and other websites.

As you might expect, untraceable and undetectable firearms are extremely attractive to criminals and others who cannot legally own firearms. At the same time, they are of no value to law-abiding gun owners. Although Oregon does not keep statistics on ghost guns, we know from national statistics that there is a strong illegal market for these guns, especially on the West Coast. In California, ghost guns accounted for approximately 30% of all guns recovered in 2019 and 41% of guns recovered in the Los Angeles area the following year. In Oregon, police reported cases in which students were found with ghost guns or ghost gun components. Although frightening for all of us, it is truly terrifying for victims and survivors of domestic violence.

I think most Oregonians would be surprised to know that there are currently few legal barriers to someone building a fancy AR 15 or semi-automatic pistol at home. How come these ghost guns are so accessible? In large part, this is because of loopholes in state and federal laws. Simply put, acquiring the necessary components and assembling them is easy and largely unregulated. We need to fix this problem and we need the Oregon Legislature to act quickly.

Earlier this year, Sen. James Manning, D-Eugene, sponsored Senate Bill 1577 at my request. This bill would have prohibited the manufacture of any firearm not detectable by a metal detector. It would also have prohibited the possession, sale or assembly of untraceable firearms without serial numbers. The bill did not even go through a committee hearing. The legislature has failed to act on similar proposals I requested in 2019 and 2021.

The recent federally proposed rules that would require ghost gun serial numbers are not enough and do not address ghost guns already in circulation. They also don’t solve the problem of undetectable 3D printed guns. The legislation we have proposed will do all of that.

Oregon has already joined lawsuits seeking federal action to restrict the manufacture of ghost weapons. But lawsuits alone will not solve this problem. We need bold action against phantom weapons, and we need it now. The Oregon Legislature must close this major gap in our gun safety laws. The recent arrest in Salem is just one stark example of a problem that will only get worse if we don’t fix it. I will work closely with Sen. Manning and Rep. Lisa Reynolds, D-Portland, to bring back phantom gun legislation in 2023. I hope Oregonians will join me in demanding action from our legislature and in supporting this essential public safety bill.

Submit your 500-600 word essay on a topical issue or theme particularly relevant to the Pacific Northwest, Oregon and Portland area to [email protected] Please include your email and phone number for verification.

Gun safety with children at home