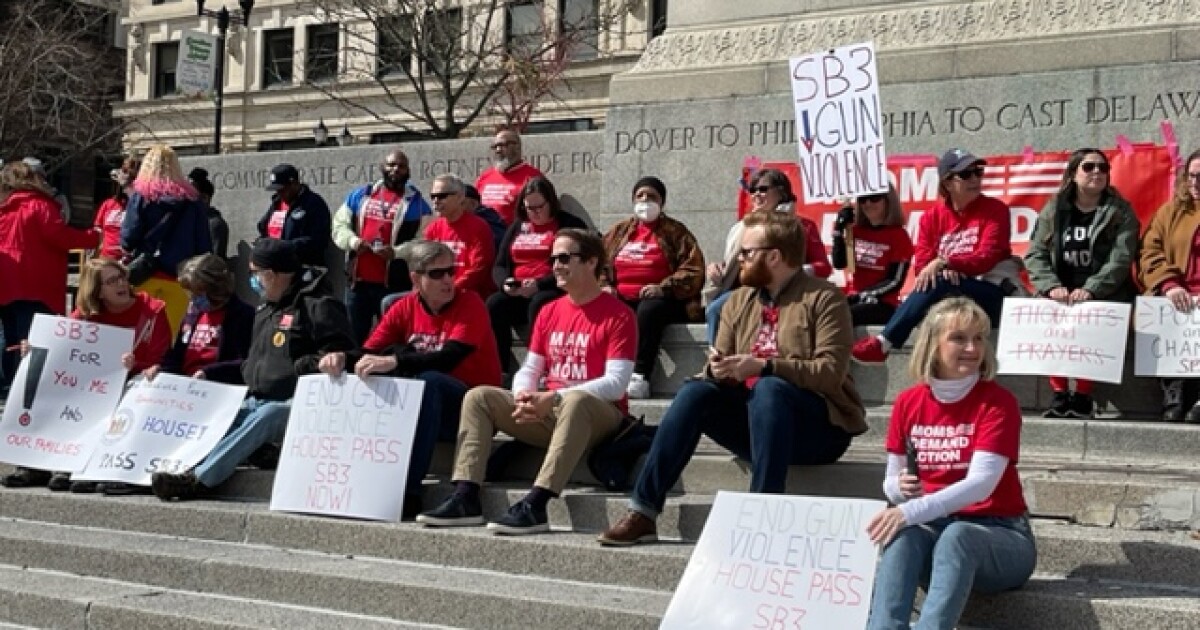 Gun laws in other states save lives and could work here in Delaware – according to a coalition pushing for gun safety reform.

They are asking the General Assembly to pass gun safety measures, including Senate Bill 3.

The bill would require a license to purchase a firearm. Supporters like Mara Gorman of the Delaware chapter of Moms Demand Action say that in states that have passed similar requirements, firearm homicides have dropped by 40%.

“The other thing we know – and our attorney general has said – is that buying straw and gun trafficking is a problem in Delaware. A permitting bill helps reduce what means fewer guns on the street and in the hands of people who shouldn’t have them,” she said.

The purchase license bill passed the Senate last spring but stalled in the House.

Gorman says the bill would not violate gun rights.

“We require people to have a license to drive cars, it’s a common sense thing that people on both sides of the political spectrum support,” she said.

The rally was followed by canvassing plans across the state and the telephone bank to advocate for the bill.