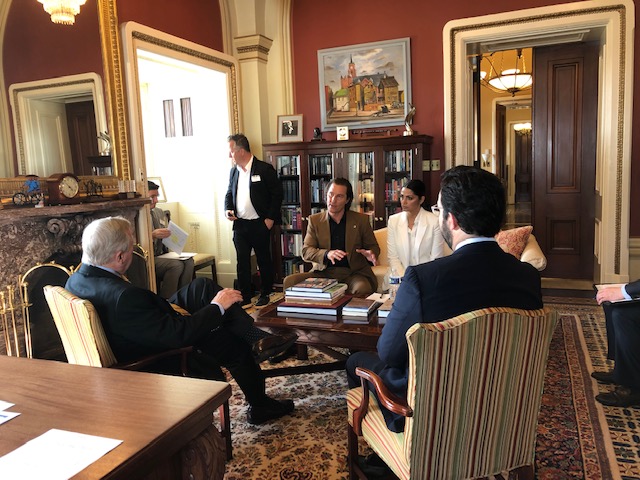 This story is part of a series of KXAN reports titled “Stop Mass Shootings,” providing context and exploring solutions around gun violence in the aftermath of the fatal Uvalde school shooting. We want our reports to be a resource for Texans, as well as lawmakers who meet a month after the events in Uvalde to discuss how the state should move forward. Discover all the “Stop Mass Shootings” stories by clicking here.

The Uvalde native and Austin resident took to Capitol Hill on Tuesday to lobby lawmakers on gun measures in the wake of Robb Elementary School killing 19 children in his hometown .

McConaughey also met with President Joe Biden on Tuesday and gave an impassioned speech from the White House press room podium, sharing the stories of the many Uvalde families he met.

He listed the following solutions he wants lawmakers, including the president, to consider:

Sen. Dick Durbin, D-Illinois., tweeted photos of the meeting. The Majority Whipe also wrote “we, like so many others, agree that gun safety reform is needed – I will continue to work to make this happen”.

He was also spotted with Republican Iowa Senator Chuck Grassley according to Grassley’s Twitter page.

“I believe responsible, law-abiding Americans have the Second Amendment right, enshrined in our founders, to bear arms,” ​​he wrote. “I also believe we have a cultural obligation to take action to slow the senseless killing of our children.”