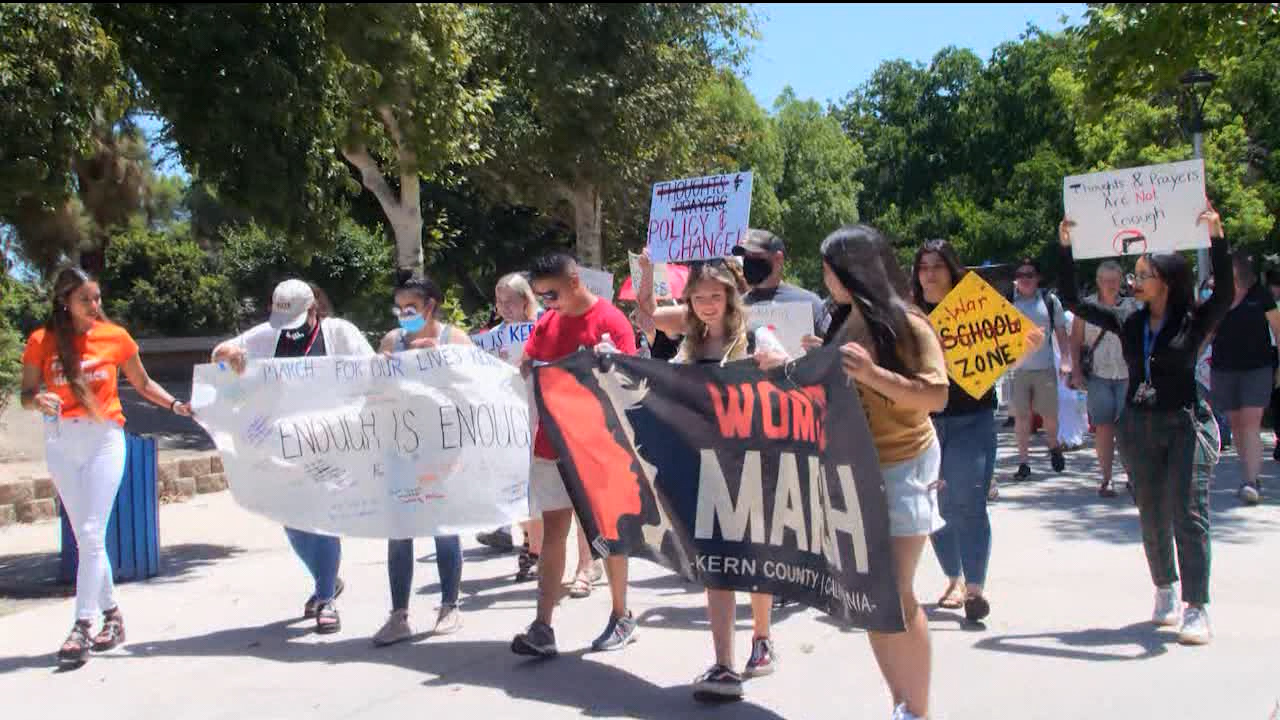 BAKERSFIELD, Calif. (KGET) – A group has gathered in Bakersfield in response to gun violence and the growing number of mass shootings across the country.

A rally to end gun violence in our country. Local supporters came to California State University Bakersfield to demonstrate against this continuing problem.

Never miss a story, set KGET.com as your default homepage

Many protesters said they were marching for change and creating a safe space for our local community.

“It really saddens me that so many young people have lost their lives to gun violence and because I want to create change with other people,” said March For Our Lives volunteer Daniela Lopes.

However, the fear of a local shooting has been on the minds of many protesters.

“I think we’ve had a wake-up call over the past two months,” said Margie Bell, a retired teacher from Kern High School District. “The thought crossed my mind that there might be someone here in the crowd who could pick us up.”

All of the protesters are pointing the finger at local policy makers saying that they are the ones who can and must bring about change.

“I think there should definitely be more gun laws because there’s been more women’s body laws than gun laws, which is just awful,” Lopes said.

The protesters say they want the community to know there is a group that fights gun violence and fights for human rights. All they ask of you is to go vote.