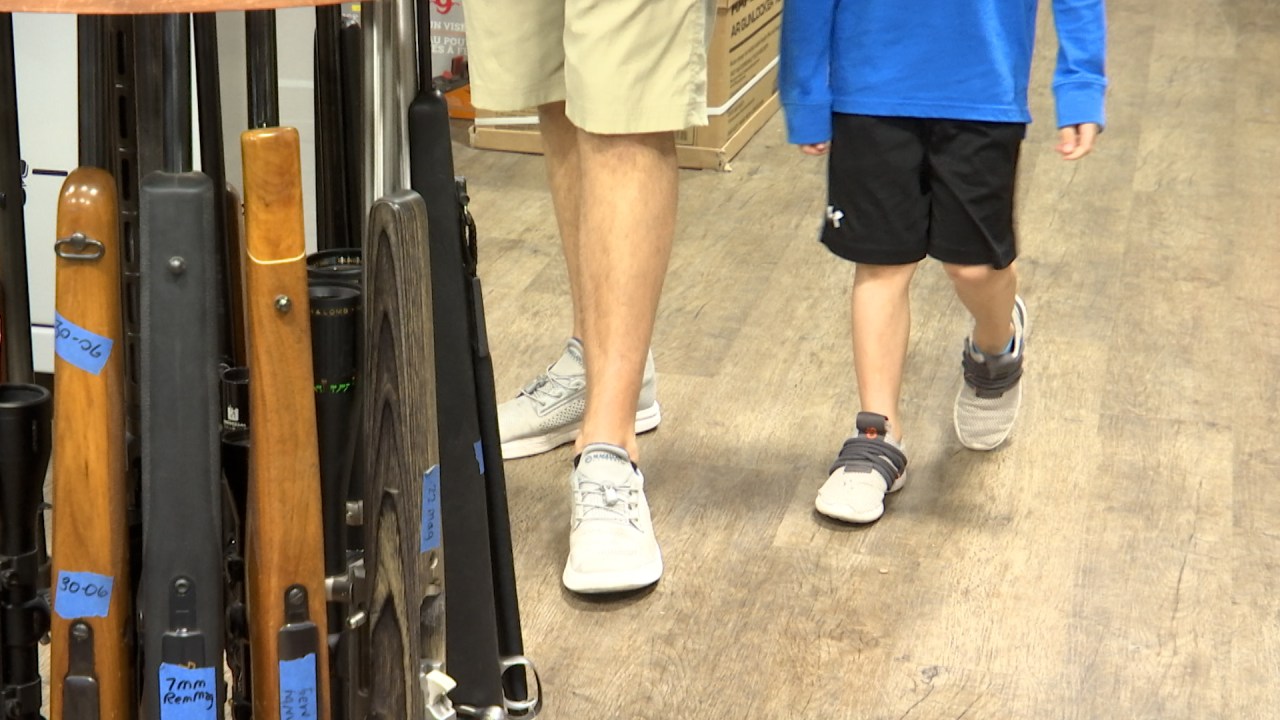 LUBBOCK, Texas — Following the shooting death of a 4-month-old baby, a local gun store manager told KLBK News on Wednesday that injuries and deaths from mishandling firearms can often be avoided.

“First and foremost, my heart goes out to this family,” said Izzy Musquiz, General Manager of Sharp Shooters. “Whether it is an accidental discharge or a negligent discharge, a parent unable to protect [their] small of an accident or something you could have avoided is a really hard pill to swallow.

The Lubbock Police Department said any situation in which an individual loses their life in this manner is a tragedy for everyone involved.

Musquiz added that when incidents occur, often it’s because people clean their guns or move them to another location without realizing they’re loaded until they accidentally go off.

Other times, people who don’t know how to use a gun or children who don’t understand the ramifications of guns can unintentionally hurt themselves or someone else.

“If you’ve made the decision to raise your kids in a home that has guns, it’s your responsibility to make sure your kids have that knowledge of gun safety,” Musquiz explained.

Texas Penal Code 46.13 (Making a Firearm Accessible to a Child) states that parents or guardians are responsible when a minor 17 and under accesses an unsecured firearm to kill or injure.

The rule of thumb, Musquiz said, is to always treat every gun as if it’s loaded, regardless of your age.

“Gun safety does not discriminate against anyone. There are a few simple rules that must be followed all the time as a gun owner,” Musquiz said. “Of course, there has to be a little more due diligence if you’re a parent raising your kids around guns.”

Musquiz said he teaches his 11-year-old son about gun safety and responsible ownership.

“I think the minute we were out of the realm of being able to control what he was getting into, we started teaching the differences between a firearm and a Nerf gun. We were very, very explicit about it,” he added.

He said his son knows he is not allowed to touch a gun without the supervision of an adult who knows how to use the gun, and added that his son always obeys because he knows the guns. hazards.

Parents don’t need to instill fear in their children, but rather how to use firearms responsibly, he said.

Musquiz suggested parents have conversations with their children, set boundaries and have protocols when visiting friends.

Whenever the Musquiz family has guests over, he locks all of his firearms in a safe.

Firearm safety equipment is required with every firearm purchase and is tax exempt under Texas law.

Some trigger locks cost as little as $1.

The Alcohol, Tobacco and Firearms Commission requires a “Youth Handgun Safety Act Noticewill be given with every firearm purchase.

The advisory states that “the misuse of handguns is a major contributor to youth violence and death.”

Efforts to alleviate the problem of gun violence, unintentional or intentional, in Lubbock include the department’s nightly #9PMROUTINE issue on its Twitter account and public service announcements with partner agencies that encourage the public to remove guns from vehicles to prevent them from being stolen.

“The specific reason for this is that many crimes committed in Lubbock, involving a firearm, are often stolen,” LPD said.

Musquiz recommended first-time buyers take safety courses and encouraged all gun owners to be diligent about their protocols.

There are different ways to learn how to use firearms safely: online courses, local training sessions or personal instructors.

“There are a couple of local gun shops and indoor shooting ranges here in town that probably offer some sort of basic handgun handling, or safety or basic handgun training,” said Musquiz, adding sharp shooters has an instructor available.

A girl and a guna women’s shooting league in the city, has educational resources.

The NRA also offers a wide range of training options depending on your location.