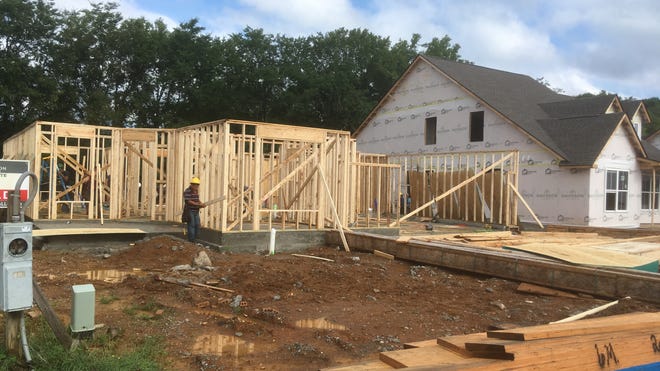 “We are writing to alert you that the November 13, 2020 meeting of the Rutherford County Commission ad hoc committee may have been held in violation of the ‘adequate public notice’ requirements of the Tennessee Open Meetings Act,” said a letter to County Commissioner Craig Harris, Chairman of the Steering, Legislative and Government Committee, and County District Attorney Nick Christiansen.

The letter came from Edward Phillips, a resident of the county’s Christiana community, and Deborah Fisher, executive director of the Tennessee Coalition for Open Government.

“We request that the meeting be held again, in accordance with the requirements of the Open Meetings Act and with a substantial re-examination of the issues involved, in order to ‘remedy’ this potential violation,” the letter said.

The public notice was published in the Daily News Journal about the ad hoc committee meeting on November 13 at 10 a.m. at the county courthouse. The notice, however, did not provide agenda details required for a special meeting, according to a Tennessee Court of Appeals ruling, the letter said.

The commission struck an ad hoc committee on Sept. 17 to consider whether the county should allow employees to carry firearms in county buildings. County policy currently only allows certified law enforcement officers to carry firearms.

Commissioner Harris said he discussed the purpose of the ad hoc committee at a board meeting taped by county television ahead of the Nov. 13 event in question.

“We’re not hiding anything,” Harris said. “I am planning to have another (ad hoc) meeting on this matter. We want to do everything that is absolutely constitutional and we will support any action that is constitutional.”

Harris says the complaint is political

If another public notice is required, it will contain the details of the agenda, Harris said.

“It’s a technicality that’s brought on by someone who I think has an ulterior motive,” said Harris, who argues that the complaint is more about politics than a legitimate concern. “I don’t think we did anything wrong.”

Phillips agreed county officials were not trying to hide anything from the ad hoc committee, but reaffirmed his position that the public notice on the meeting in question should have provided more details on the order of the day.

“I think ad hoc committees need to be better described as ad hoc committees in the future could be used to hide things,” Phillips said. “It just adds a layer of transparency to the process, and open government is good for everyone.”

Phillips unsuccessfully ran for Republican twice against Independent County Commissioner Pettus Read in 2014 and 2018. His wife was known as Tiffany Jones when she won the election in 2010 for a term of office. commissioner in the district 8 headquarters which represents the southern and southwestern parts. County.

Read in February persuaded a unanimous commission to support a resolution declaring Rutherford County as a Second Amendment shrine county.

Read, who is chairman of the commission’s public safety committee, sits on the ad hoc committee. He joined a unanimous committee that recommended maintaining the county’s policy prohibiting employees from carrying firearms in county buildings unless they are certified law enforcement officers, Harris said.

The committee also advised the mayor to continue his plan to hire security professionals to provide security for the county courthouse and the county clerk’s offices, Harris said.

“Public safety is one of the most important jobs of a commissioner,” said Harris.

Members of the public may have attended the November ad hoc committee meeting if they had known what was going to be discussed, according to the letter from Phillips and Fisher.

The letter also suggested that meeting minutes did not show evidence that members of the public were present.

Should this matter become a trial, a court order could set aside the Nov. 13 meeting and require the publication of a new public notice with full agenda details in order to pursue a recommendation of the ad hoc committee, confirmed Rick Hollow, attorney for the Tennessee Press Association.