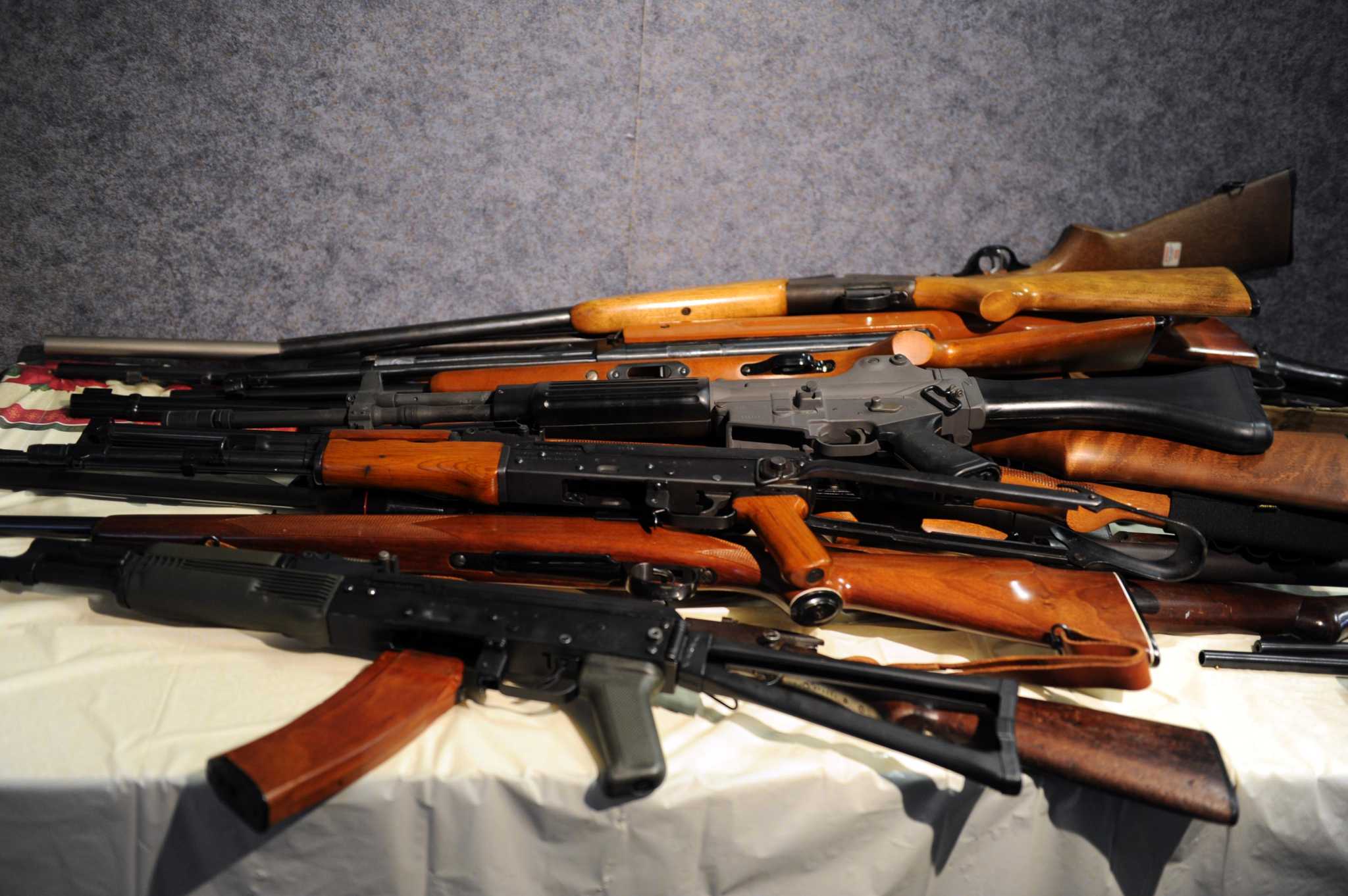 Speaking at an afternoon press conference with state officials, gun safety advocates and U.S. Senator Richard Blumenthal at the state Capitol, Lamont said he planned to appoint up to 20 new state judges and that he wanted to consider reopening the Connecticut Juvenile Training School. in Middletown.

“I want to see 500 more cops on the street by the end of the year,” Lamont said. He proposed to identify chronic juvenile offenders more quickly and bring them before the courts, before the judges, within 24 hours of their arrest.

Lamont also wants law enforcement officers to have the power to ask people who openly carry their guns to show their gun licenses. In recent years, legislative attempts to require the presentation of permits have been rejected by city lawmakers fearing that such requests constitute racial profiling.

In an extension of the law requiring handguns to be sold with trigger locks, Lamont’s plan would require all firearms to be sold with the locks. Approximately $4 million would be invested in more mobile crime labs and improving forensic capabilities.

It’s part of Lamont’s legislative agenda that he will present to the General Assembly on Wednesday, the opening day of the General Assembly’s 12-week budget adjustment session. He also wants to close loopholes in historic state laws against military-style rifles and homemade firearms with untraceable parts called ghost guns.

“We have more guns in this state than ever before,” Lamont said with more than a dozen lawyers and lawmakers in the Capitol’s historic Hall of the Flags. “We have more legal guns, we have more illegal guns. You’re not tough on crime if you’re weak with guns.

He said that while Connecticut is among the national leaders in gun safety, the state needs to do more. Over the past year, Lamont has faced criticism from Republicans in the General Assembly who have focused on cases of shootings in downtown Connecticut as well as an increase in the number of minors. driving cars in the suburbs.

House Minority Leader Vincent Candelora, R-North Branford, said Monday afternoon that Lamont was not focusing on the issues most important to state residents.

“No matter how hard he tries, the issues he has to push forward aren’t front and center,” Candelora said. “Just this weekend there is another car theft story and another shooting. Gun crime is a very serious problem. We have seen an increase in that. We have also seen crimes against police officers. For to me, continuing to focus on firearms is trying to get away from the heart of the matter.

Candelora last week proposed tough-on-crime initiatives, including tougher penalties for some juvenile offenders and an end to some of the policing standards and transparency legislation that were enacted after the Black Lives Matter protests. of 2020.

“I would like to see us stand up and come up with reforms to protect individuals from crime and prevent those individuals from committing crimes,” Candelora said in a phone interview. “The state has a revolving door policy that only continues this behavior rather than ending it.”

“The governor is right to focus on the proliferation of guns on our streets as the best way to prevent violent crime,” Staffstrom said. “The uptick in some criminal activity that we have seen during the pandemic correlates with an increase in gun sales and gun trafficking in our state. We should also look at a micro-stamped ammunition bill like New York’s, putting in place limits on gun purchases and notifying law enforcement when someone who fails a check background attempts to purchase a firearm.

Blumenthal said he believed there was support in the Senate for a version of a law requiring the gun lock, inspired by the 2018 accidental death of Guilford’s Ethan Song. The teenager’s father, Mike Song, said unlocked firearms are killing children across the country.

“Time is running out right now for a young child who is either going to get his hands on his parents’ unsafe gun, maybe he’s going to kill himself with that gun, maybe he’ll take it to school like we saw in Michigan in November and kill some of their classmates,” Song said. “It never leaves your mind except at the speed of opening a smart phone, the gun that killed my child could have been secured.”

Jeremy Stein, executive director of CT Against Gun Violence, noted that guns are most likely to kill black men between the ages of 14 and 34. Stein said. “We have to do something about it yesterday.” He particularly supports Lamont’s plan for a statewide strategy to address gun violence in the community.

In October, Lamont joined three other regional governors to form a task force to stem the flow of guns from southern states to the northeast through better sharing of the federal database on the gun registration.

Shootings in Hartford, Waterbury, Bridgeport and New Haven have increased over the past two years during the COVID pandemic, while gun crimes have declined slightly across the state.

New Jersey Governor Phil Murphy recently announced a $7 million program to expand the use of gunshot detection technology, plus more than $8 million for 25 nonprofits to focus on community violence response.