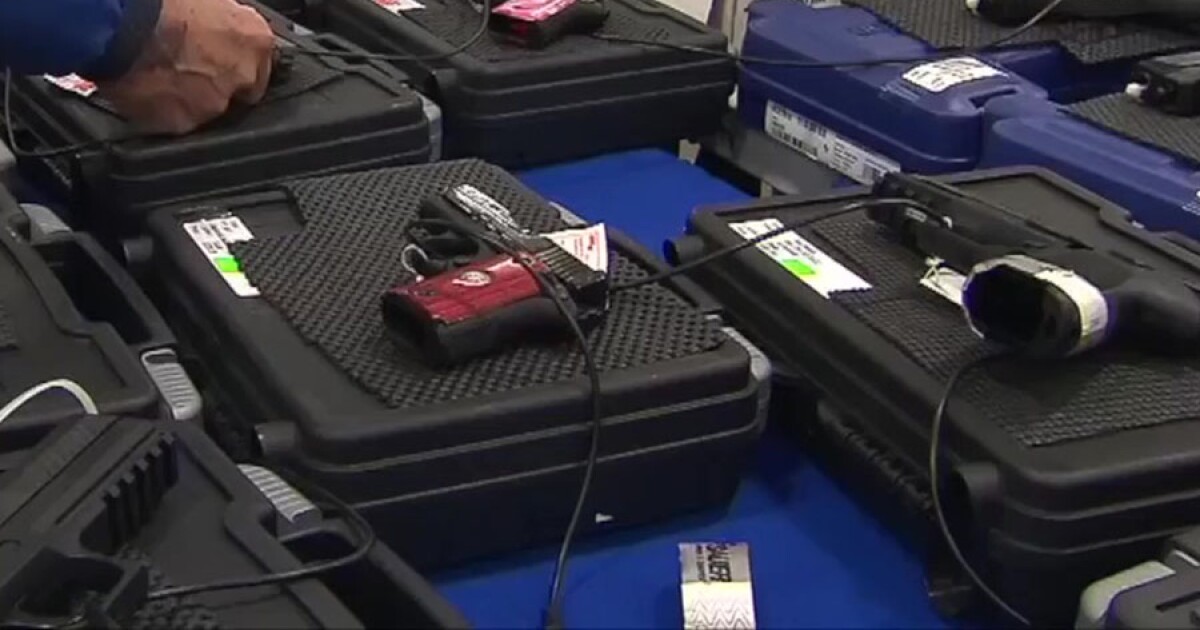 SAN DIEGO (CNS) — A new San Diego County ordinance requiring all firearms in unincorporated areas of the county to be stored securely with a trigger lock or enclosed in a container goes into effect Friday.

The only exception to the order is if the firearm is in the immediate control of an authorized person.

“Secure gun storage saves lives and prevents gun violence,” said Nathan Fletcher, chairman of the San Diego County Board of Supervisors. “Last year we introduced the measure. Earlier this year the rules were finalized, and now we are delivering on our promise.

“The common sense and safe storage guidelines that are coming into effect in our unincorporated areas will keep families, especially children, safe,” he said.

In 2019, 54 children and teenagers died by suicide in California due to the use of firearms. Studies have shown that the risk of suicide is higher in homes where a firearm is loaded or unlocked.

“Gun locks are an important safety measure that can provide critical time between someone having momentum and taking action,” Acting Sheriff Kelly Martinez said.

What is a no credit check loan?