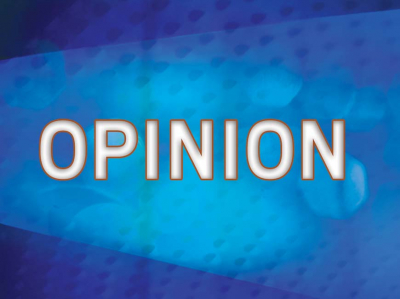 As a mother, aunt, pediatrician and neighbor to beloved children, I have long been deeply disturbed by the exorbitant levels of gun violence in our country, and my heart was again sickened last month by the massacre of children and teachers at Robb Elementary School in Uvalde, Texas.

It’s encouraging this week to see new legislation passed by Congress last week and signed by the president – the bipartisan Safer Communities Act – aimed at reducing gun deaths, which would give authorities up to ‘to 10 working days to examine the juvenile and mental health. records of firearms license applicants under the age of 21; directing millions of dollars to help states implement red flag laws (which allow authorities to temporarily confiscate firearms from people deemed dangerous by a judge); ensuring that serious romantic partners are included in federal law that prohibits domestic abusers from purchasing firearms; providing millions of dollars to expand mental health resources in communities and schools and increase funding for school safety; and toughen penalties for those who evade licensing requirements or who “straw buy”, buy and then sell guns to people who are not allowed to buy handguns. This is a first step, achieved thanks to the heroic leadership of Christopher Murphy, the Democratic Senator from Connecticut.

It is very encouraging to see a gun safety bill actually supported by more than one or two Republican senators for the first time in decades. For too long the NRA, with its manipulative message of fear and powerful financial grip on Republicans, has held us all hostage. The NRA has already condemned this bill and all senators who support it, even though it does not interfere with the right of every law-abiding, non-dangerous citizen to purchase a gun.

I am a Democrat myself, because as a pediatrician it has become very clear to me over the years that it is the Democratic Party that has promoted policies that champion the well-being of women, children and families . But I am grateful that our Republican Senator Thom Tillis was willing to reach out to work with Murphy on the team that found the compromises necessary for the details of this legislation. If you are a Republican who has voted for Tillis in the past and someone who cares about the safety of our children and our communities, please let him know your support for this legislation and your appreciation for his willingness to work there. He needs to hear loud and clear the support of people like you. You can email him through his website at www.tillis.senate.gov/ or call him in the Senate at 202.224.6342 or his Charlotte office number, 704.509.9087. In the final Senate vote, Tillis and NC Sen. Richard Burr voted in favour, two of 14 GOP senators who supported the measure.

It is tempting to think with desperation that until we have campaign finance reform that prevents powerful lobbies like the NRA from influencing lawmakers with huge financial contributions, our own voices have no voice. importance. In fact, if Tillis and other Republican senators learn that they can work on solutions to this problem and still be supported by Republican voters, they could escape the grip of the NRA and finally start working with Democrats. to prioritize the safety of our children. Please speak up for the safety of our children.