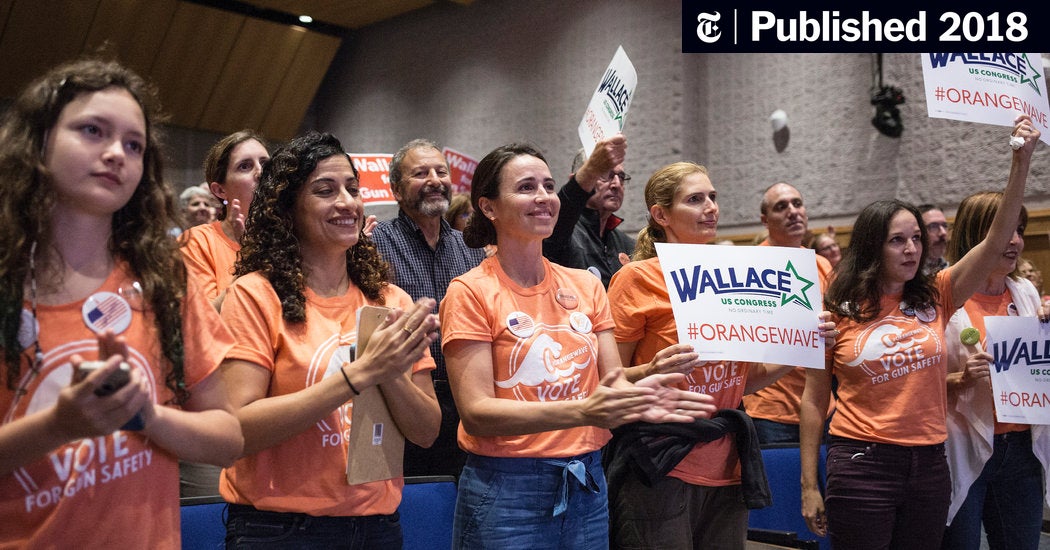 What was not in issue on Tuesday was the extent to which gun policy dominates the race.

In interviews, those attending the event described their horror at the scale of school shootings and fears of more school shootings. On stage, Olivia Mitchell, 17, a senior at Council Rock High School South and organizer of Bucks Students Demand Action, said she and her classmates walked to school every day “with targets on their backs “.

Elizabeth Jordan, 63, editor of New Hope, said she had a friend who worked at New Hope-Solebury High School, where the event was being held, and her daughter was in her final year of college and planned to become a teacher. She said, with audible anger, that the friend had described being given throwing stones if a gunman arrived.

â€œWe send our grandchildren to school. We’re sending a girl to be a teacher, â€echoed Cynthia Weiss, 62, a banker from nearby Yardley. â€œWhen she tells us about active shooting exercises, what crazy world do we live in? “

Erin Baeder, 25, a student at Bucks County Community College, said she felt no one was paying attention to her fear. Yet Mr. Wallace argued that it was because of students studying in constant fear that gun control ultimately became less taboo for politicians.

â€œI’m so proud of the kids in particular, who reminded us – the so-called adults in the room – that we’ve had enough, and enough is enough,â€ he said. â€œThey have come of age at a time when gun deaths, whether in schools or churches or on the streets or at the hands of domestic partners or by suicide, are rife, and yet they are the ones who know this is not the case. It doesn’t have to be that way.

Coefficient of freshness: appearance and aesthetics in the design of firearms

What changes in gun policy are really likely after the election?