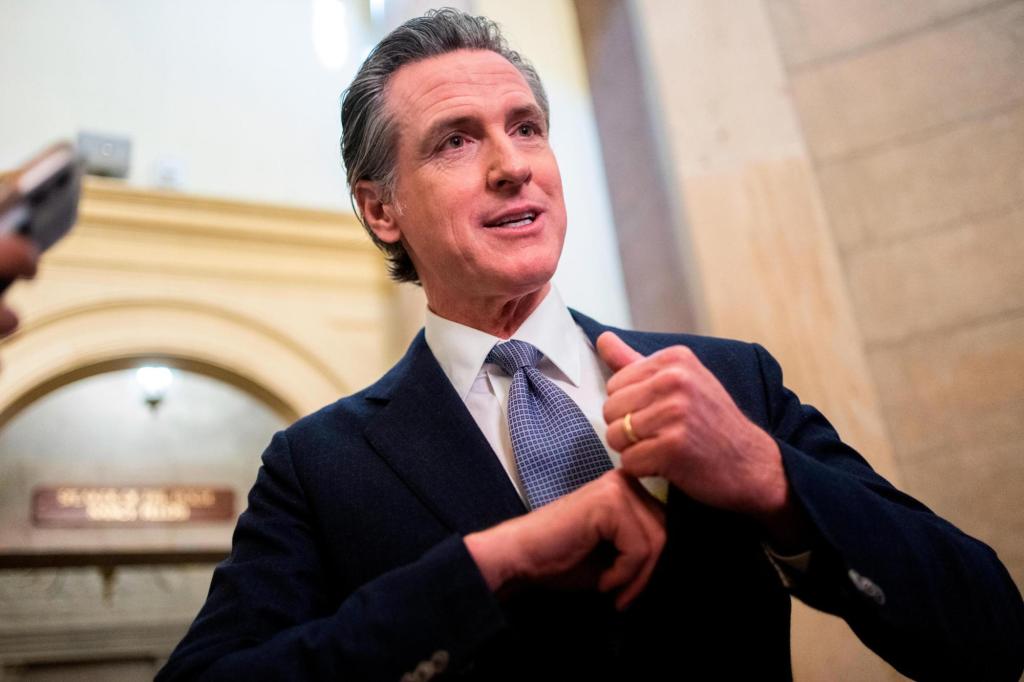 California Governor Gavin Newsom on Thursday signed a package of gun safety bills that demand more regulations on gun sales and dealers in the state, as well as sharing increased information flow between schools and law enforcement.

The state – amid a series of high-profile mass shootings that have spurred a national conversation on possession of firearms – adopted several new measures this month, including allowing victims of gun violence to bring civil suits against the companies that manufacture the firearms used in the crimes.

One of eight laws signed Thursday includes a 10-year gun ban if someone is convicted of child abuse or elder abuse, according a press release from the governor’s office.

Another law now requires schools to share information about child access prevention and safe gun storage laws, as well as making it mandatory to report any real threats to law enforcement or perceived of a homicidal act.

“California has the strongest gun safety laws in the nation, but none of us can afford to be complacent in the fight against the gun violence crisis ravaging our country,” Newsom said in the statement, adding that the state will continue to “lead bailout policies.” that provide a model for action by other states and the nation.

Additional laws signed focus on dealer and sales regulations, specifically limiting where firearms and other parts can be sold.