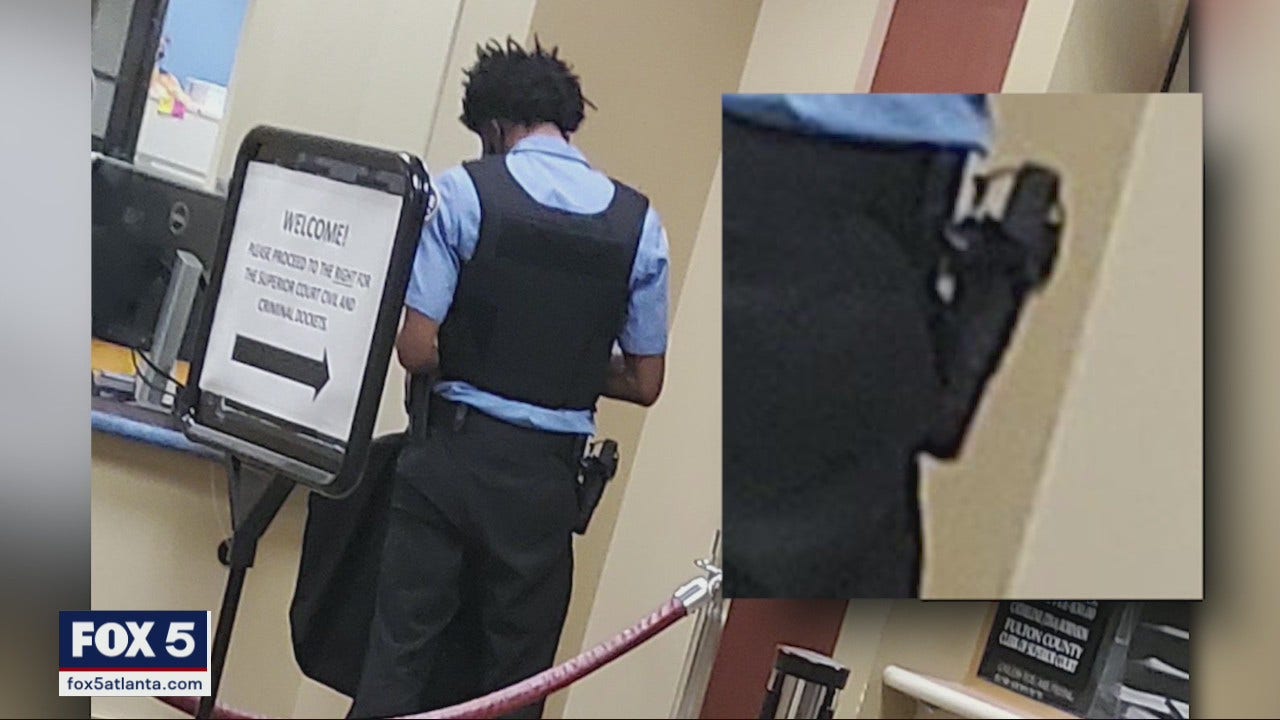 Law enforcement is not permitted to bring firearms into the Fulton County Courthouse. The authorities fear that they will not be able to protect people without their weapons.

ATLANTA – Under threat of arrest, police are not allowed to be armed once they enter the Fulton County Courthouse.

The warning disturbs officers who are in uniform and highly visible as they enter the downtown complex to conduct business.

A recent exchange between courthouse security and a veteran Atlanta Police Department officer prompted a closer look at the policy.

As this officer handed over his firearm, he saw a private security guard – his gun on his hip – waving through the checkpoint. This armored truck guard was there to collect the court money.

The veteran Atlanta police officer was furious. He couldn’t understand the different treatments and pulled out his phone to record what had just happened.

Sheriff Patrick Labat has admitted that the security of his court allows financial security officers to keep their guns. But the sheriff said a deputy was acting as an escort.

The DPA officer who monitored private security all around the building told FOX 5 that there was no such escort that day.

Regardless of the invitation for private security, gun policy has been a sore point for outside law enforcement for years.

Police officers never want to be without their guns when they are in public, especially in a courthouse.

“Emotions run high in a courthouse,” Joshi said. “Families may walk out of a courtroom upset and express that anger over the first officer they see.”

Labat, who has just taken over, said he will look at what’s going on and take a comprehensive look at gun policy.

Download the FOX 5 Atlanta app for the latest news and weather alerts.