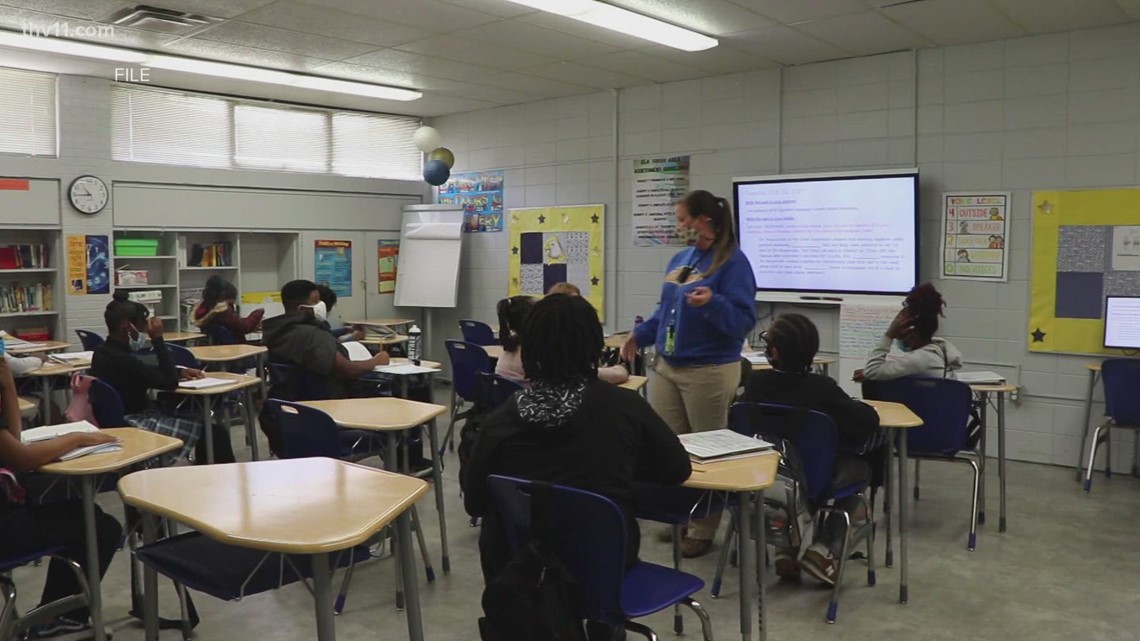 Members of Moms Demand Action and Students Demand Action respond to school safety recommendations, particularly those that encourage an armed presence in schools.

The commission provided a report to Governor Asa Hutchinson after he asked them to come together following several mass shootings, including a shooting at an elementary school in Uvalde, Texas, where 19 children and two teachers died .

The recommendations set out in the report focused on maintaining an armed presence in every school.

The two groups, which are part of the Everytown for Gun Safety network, noticed an absence of policies they believe would keep guns out of Arkansas schools.

“Students deserve to learn without fearing for our lives, and that means real gun safety solutions, no more guns and no more officers in our halls,” said chapter volunteer Jayce Pollard. Arkansas Students Demand Action.

Anna Morshedi, a volunteer with the Arkansas Moms Demand Action chapter, said “increasing the presence of armed personnel in schools does little to prevent gun violence” and would be another risk “to the well-being of students of color”.

Studies have reportedly shown that the best way to protect children and minors from access to firearms is to have a safe way to store firearms.

A estimated 54% of gun owners do not securely lock all their guns, and in 2021, at least 4.6 million children lived in a home with at least one unsecured loaded firearm.

Next week, the Arkansas Legislature will return to Little Rock for a special session, during which lawmakers will consider providing $50 million for a school safety grant.

This funding, the group said, could be used to support policies that can help keep guns out of schools, including safe gun storage and threat assessment programs.

On Tuesday, Gov. Hutchinson said he expects every director and superintendent to “read this interim report assessing what they can do and what they need more resources on.”

Not all districts need to adopt all of the recommended policies, but the task force is working with Hutchinson to push for some changes, including locking doors during schools.