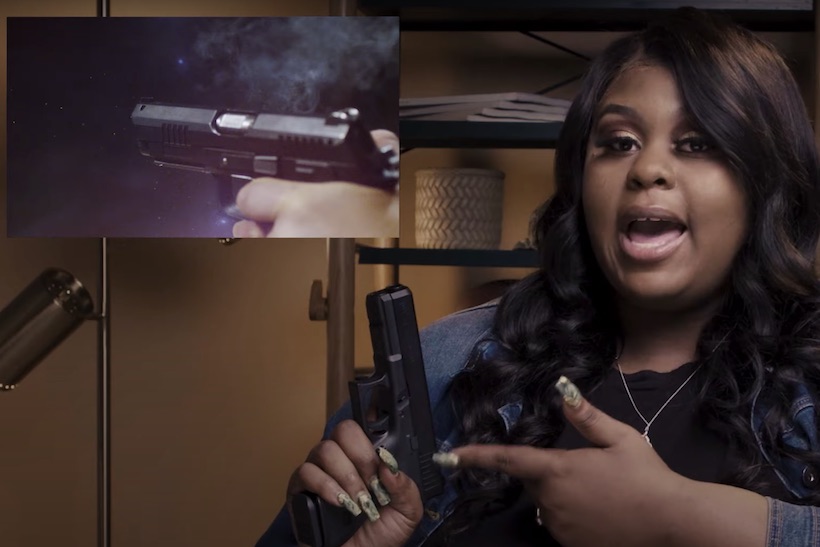 Non-profit organization Guns Down America enlisted Energy BBDO to create a visceral and inspirational national campaign that makes people think twice about making such a purchase.

The campaign, titled “Gun Survivor Reviews”, alters the gun reviews that people post on YouTube, explaining the uses and benefits of guns. These videos, however, feature real survivors of gun violence who have struggled with abuse, escalated arguments, or attempted murders.

The videos begin similarly to typical gun reviews, but end with the narrator’s personal story of how the gun was used to shoot them.

“We read an article in the Chicago Grandstand about a 15-year-old boy shot three times,” Ze Baldwin, BBDO’s associate creative director, told Campaign US. reminded us of a gun review. So we knocked it down.”

While the two gun violence survivors featured in the videos – Nicole and Kate – were excited about the project, it took “courage to expose themselves and relive such a difficult time,” Baldwin said.

“Right from the start, Nicole and Kate found the idea very impactful,” he added. “They were bold and brave to relive their stories and acted professionally from the first take, putting in maximum effort to make it real.”

The campaign is taking place on digital and social platforms, where it is being promoted by key influencers who have expressed support for gun safety laws, said Ioana Filip, executive creative director at BBDO.

To date, the campaign has organically reached over 100,000 views across all channels.

The reach is only as strong as the survivor stories, which continue to be added to the campaign as they arrive.

“We will add content as the campaign unfolds on GunSurvivorReviews.com“, said Filip. “More survivors have bravely reached out and want to express their own stories and create criticism.