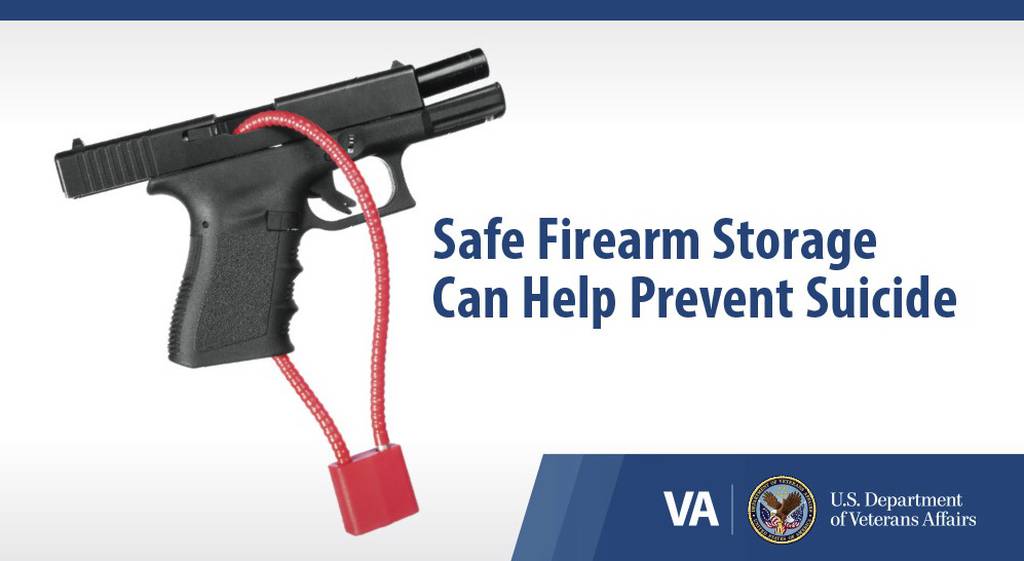 Military leaders plan to dramatically expand their gun safety programs in an effort to stem suicides among service members, as do other federal agencies and public health experts.

During congressional testimony on Wednesday, Karen Orvis, director of the Defense Department’s Office of Suicide Prevention, said work would begin this month, with messages to troops about “the positive impact of storage in firearms and medication safety” when dealing with mental health crises.

“Our data tells us that suicide is often a sudden, impulsive act and that adding time and distance between an individual’s suicide risk and a lethal means can save lives,” she said. .

The new efforts will include education and training materials on why safe firearm storage is important, information on available resources such as gun lockers and locks, and guides for military leaders to discuss personal firearms safety with their troops.

On Thursday, officials from Center for American Progress released a new analysis of suicide data that found that soldiers and veterans are far more likely to use a gun during suicide attempts than any other means.

“From 2003 to 2019…the number of current and former military personnel who died by firearm suicide exceeded the number of soldiers who died while deployed in wars after 9/11,” the report said.

“Studies have shown that the suicide rate among soldiers who own firearms is higher than among those who do not have them at home. One of the main reasons is that firearms are readily available and are considerably more lethal than other means.

Veterans Affairs officials have stepped up their own gun safety efforts in recent months, including a host of public awareness campaigns aimed at both veterans and their civilian peers.

In November, the White House announced that the VA, DOD, and many other agencies would join in a coordinated campaign to encourage safer gun storage, in an effort to highlight the problem.

And the Bureau of Alcohol, Tobacco, Firearms and Explosives earlier this year announced new rules requiring gun dealers to include secure gun storage and security features in their inventory.

But the topic of gun safety and mental health continues to be contentious, especially among congressional conservatives who have accused government officials of working to undermine Americans’ right to buy and own guns. fire. Several moves to expand gun storage access and education programs have met with partisan opposition in recent years.

“Most of the military we’ve spoken to are open to these ideas,” he said. “It could make a big difference.”

“When people have convenient and easy access to highly lethal methods of suicide, it dramatically increases the risk of death,” he said. “And I think we have for too long in this country refused to talk about the role of guns and suicide prevention.

“In the United States, two-thirds of all gun deaths are suicides. Half of all suicides are gun related. The two are intertwined, and we need to discuss how we can change the environment to limit practical access to firearms in the same way that we limit access to driving your vehicle when you’re in drunk.

Orvis noted Wednesday that the Department of Defense’s efforts on the matter have limits, given that military leaders cannot track or control personal firearms held by troops.

But she said officials were “looking at various ways to increase the safety of lethal means,” to include not just firearms, but also drug abuse (the third most common method of suicide attempts, according to federal data).

The authors of the CAP report said they would like to see more action taken, including specific policies that encourage soldiers and veterans facing mental health issues to temporarily remove personal firearms from their homes. for their own safety.

“Suicide among this demographic is preventable,” they wrote. “By prioritizing health care and enacting safe and effective gun laws, we can reduce suicide rates among veterans. Fixing this problem cannot wait.

Service members and veterans in a mental health emergency can contact the Veterans Crisis Line at 1-800-273-8255 and select option 1 for a VA staff member. Veterans, troops or their family members can also text 838255 or visit VeteransCrisisLine.net help.

Leo covers Congress, Veterans Affairs and the White House for Military Times. He has covered Washington, DC since 2004, focusing on military personnel and veterans policies. His work has earned him numerous accolades, including a 2009 Polk Award, a 2010 National Headliner Award, the IAVA Leadership in Journalism Award, and the VFW News Media Award.