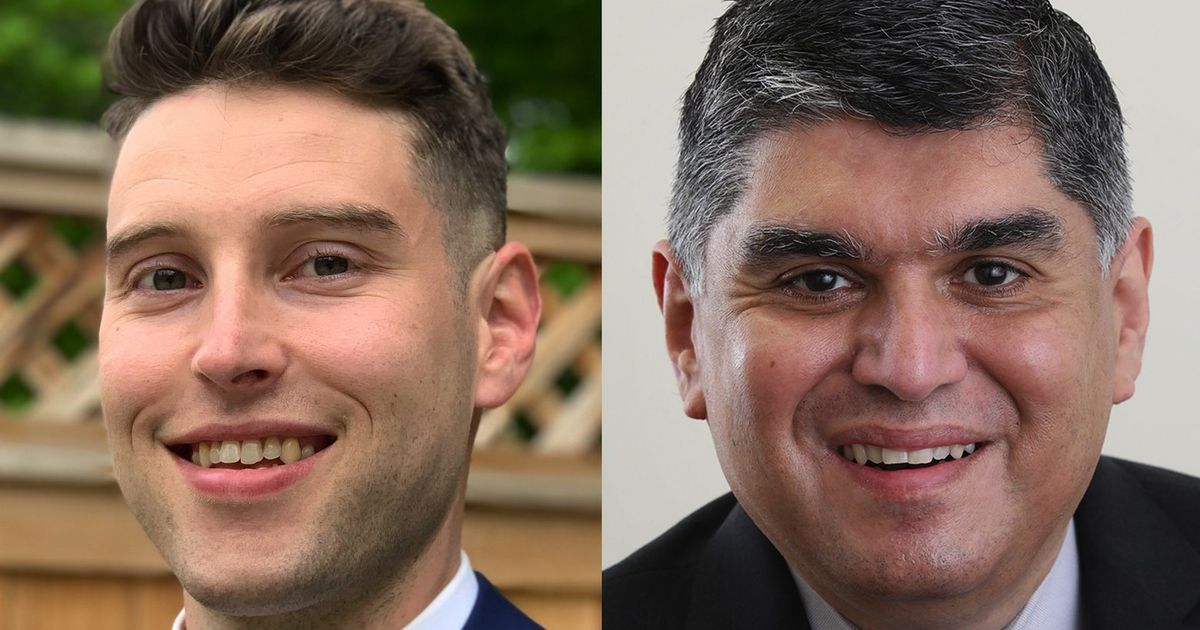 The race for the open state Senate seat in northeast Seattle features two Democrats — a veteran lawmaker focusing on gun safety legislation and a first-time candidate focusing on housing policy.

State Representative Javier Valdez has represented the 46th Legislative District in the State House, covering most of northeast Seattle east of Highway 99, since he was nominated to fill an empty seat. in 2017. He was subsequently re-elected twice.

Now another opening, caused by Sen. David Frockt’s decision not to seek another term, has Valdez asking for a Senate move.

He faces Matt Gross, an assistant King County district attorney who is running for office for the first time.

Also on the ballot is Alex Tsimerman, a perennial candidate and ubiquitous commentator at government meetings, which runs as the ‘Standup-America Party’ and says it will ‘stop the Dem-Nazi-Fascist regime of revolt. -Mob-Bandito”.

Both leading candidates are Democrats who want to make the state’s tax code more progressive, with wealthier people paying a bigger share. Valdez voted for the capital gains tax that Democrats passed last year and is a co-sponsor of legislation establishing a 1% tax on fortunes over $1 billion. Gross said he supports both measures as well as a graduated income tax.

The two differ in their areas of interest.

Valdez touts as one of his major accomplishments the legislature’s passage this year of a ban on large-capacity magazines. He was the chief sponsor of legislation in the House.

His top priority, he said, is to continue working on gun safety legislation, particularly the ban on assault weapons. Democrats have been trying to ban these weapons since at least 2016, but have been unsuccessful so far, despite the control of both branches of the Legislature for most of that time.

“Recent tragedies have underscored the need for Washington to act and remove these weapons of destruction from our streets,” Valdez said.

A longtime Seattle city employee who has worked on equity issues and contracts with women and minority-owned businesses, he says he wants to continue working on social justice issues.

He would like to end Washington’s affirmative action ban, which has been in place since a voter-approved initiative in 1998. The Legislature overturned the ban in 2019, but voters overturned it in November of that year, narrowly voting to uphold the ban. in place.

Valdez said his goal was to repeal the ban on affirmative action entirely, but he wanted to begin by eliminating the ban on state contracts. “We know that’s where we have the clear data that shows the disparity and the harmful effects” of the ban, he said.

Gross launched his campaign because he was “dissatisfied with the government’s response to the housing affordability crisis.”

He comes on a three-part platform that he says would help alleviate the housing and homelessness crises.

He wants end single family only zoningallowing at least duplexes wherever houses can be built.

He wants to massively increase investment in the state’s Housing Trust Fund, which helps build affordable housing. The state has invested about $1 billion in the fund since 1986; Gross wants to invest $1 billion a year.

And he wants to provide state housing vouchers to low-income Washington residents who are eligible for federal Section 8 vouchers but are not receiving them because demand exceeds supply.

Gross has no specific funding sources in mind for the huge cost increases of his plan, which he estimates at $2.5 billion a year.

He notes things, like hundreds of millions of dollars on new hybrid ferries and probation programs, that could be cut, but said funding the programs will require making housing a priority in the state budget. State.

“I don’t think anyone in state government, or anyone at any level of government, thinks we’re currently on track to end homelessness or to make sure everyone has access to housing, regardless of income,” Gross says. “We are not on that path. And I want to put us on that path.