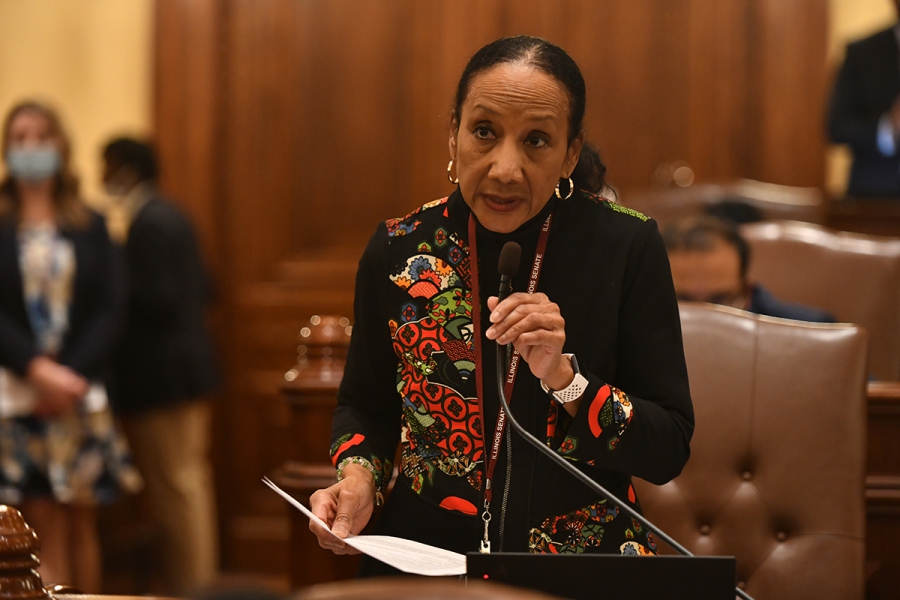 CHICAGO — State Senator Jacqueline Y. Collins celebrated a new rule through the Department of Justice’s Bureau of Alcohol, Tobacco, Firearms and Explosives that modernizes the definition of a weapon to better combat the proliferation of “phantom weapons”.

“Our communities have grown too accustomed to the tragedies of deadly gun violence,” Collins (D-Chicago) said. “Keeping our most vulnerable populations safe requires a bold strategy to end the ‘shadow gun’ market.”

The ATF’s “Frame or Receiver” rule goes into effect this week, making it clear that parts kits that are ready to be converted into functional weapons, or functional weapon frames or receivers, are subject to the same regulations as traditional firearms. The rule clarifies that background checks must be performed on people who purchase parts kits, requires serial numbers on parts, and requires gun retailers to keep records for the duration of their license. rather than for 20 years.

Senator Collins passed Bill 4383 to require the serialization of parts kits in Illinois, making our state a leader in the fight to reduce gun violence. Firearms without serial numbers prevent law enforcement from conducting thorough criminal investigations, which hampers their efforts to address violence in our state. Illinois law enforcement has seen a 400% increase in these types of weapons in the last five years alone. The new federal rule will apply Collins’ policy to federally licensed gun dealers across the country.

“Enforcing our policy at the federal level will make communities across the country safer and save countless lives,” Collins said.

Learn more about the new “Frame or Receiver” rule at the ATF website.