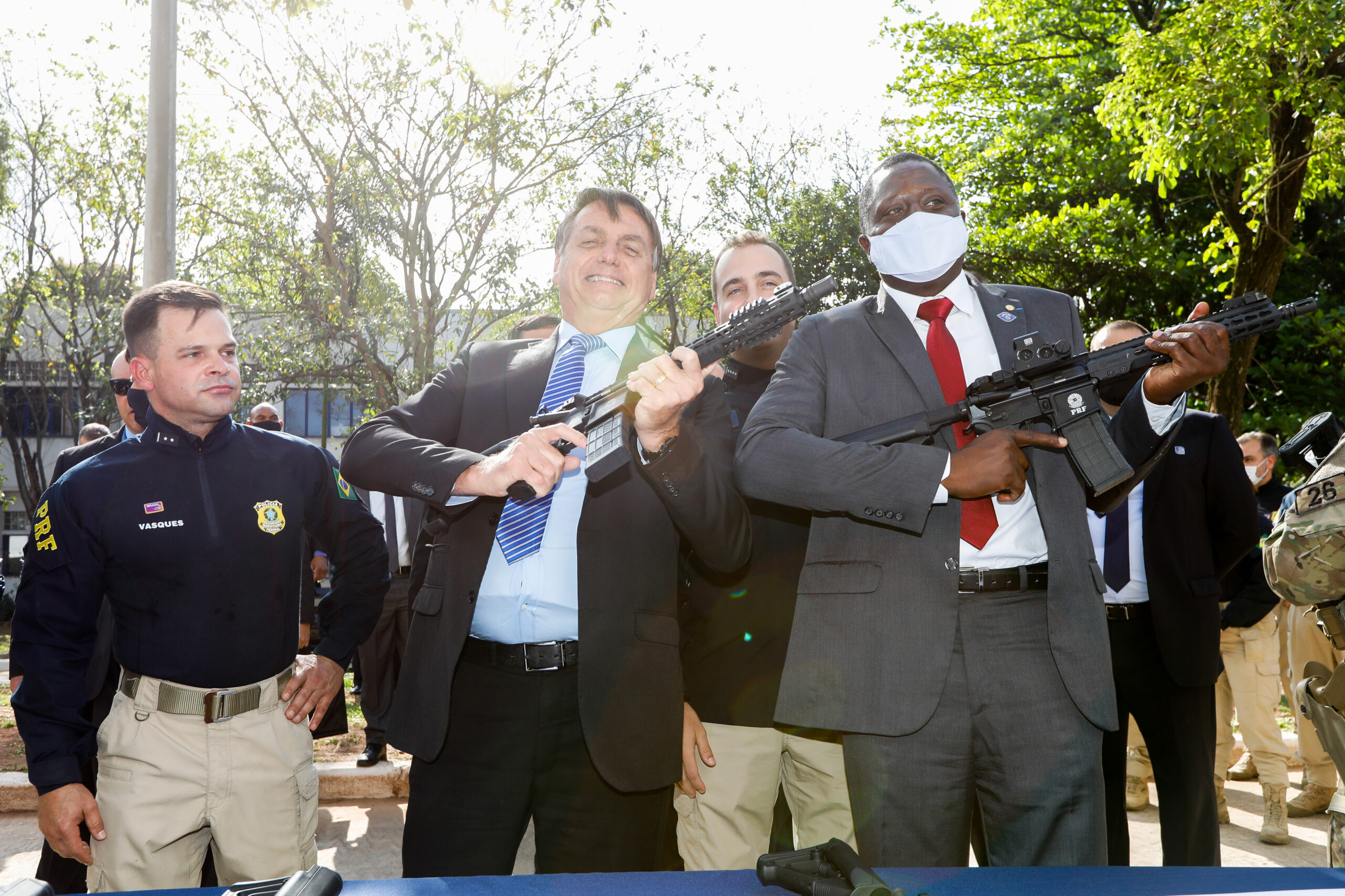 In a decision representing a serious setback for the government of President Jair Bolsonaro, Brazil’s Supreme Court limited the scope of its presidential decrees which facilitated Brazilians’ access to firearms.

The decision was made in part because of an increased risk of political violence in the country, according to the court.

Of the 11 justices who make up the nation’s highest court, nine voted in favor of the restrictions. Only two judges, both appointed by the current president, expressed their opposition to the measure.

The decision, issued on September 20 at the request of the political parties PT (Workers’ Party) and PSB (Brazilian Socialist Party) which are concerned about the possibility of violence surrounding the presidential elections of October 2, suspends some of the “effects” of the decrees issued by the Bolsonaro administration to simplify the purchase of firearms by ordinary citizens.

These provisions included the possibility for citizens to more easily purchase large caliber weapons usually used by security forces, as well as the possibility of acquiring large quantities of ammunition.

According to the Supreme Court’s decision, possession of firearms will now only be granted to people who can demonstrate, in a concrete and effective way, that they need firearms for professional or personal reasons. Restricted firearms, such as rifles, can only be purchased by public security and national defense agencies and not for personal gain.

The decision also affects the amount of ammo that can be purchased by citizens.

“The amount of ammunition that gun owners may purchase is diligently and proportionately limited to what is necessary to ensure the safety of citizens,” the decision reads. e. This means that the limit of 550 cartridges authorized by the presidential decrees will no longer be valid and that each case will now be analyzed individually.

A breath of hope

“The president is testing the limits by issuing these executive orders which are completely unconstitutional, and he knows it, but it is part of this war of narratives that is taking place in the country today,” Mr. Angeli said.

The rules allowing civilians to acquire weapons were tightened in December 2003 after the passage of the law on disarmament, a federal law devoted to the question. Carrying a gun on the street was practically forbidden for ordinary people, and the right to have a gun inside a house was also restricted.

Facilitate the reception of the population access to weapons has always been one of Mr. Bolsonaro’s main objectives. Since taking office in January 2019, about forty normative acts, including decrees, ordinances and resolutions on the subject, have been promulgated to date. In general, his justification for these measures is to guarantee the safety of Brazilians.

After these shares issued by Mr. Bolsonaro, Brazil has started allowing any citizen over the age of 25 to acquire a firearm. Certain bureaucratic requirements are necessary, such as no criminal record or trouble with the police, and the presentation of reports proving the technical and psychological capacities of those who want to own a firearm.

Currently, firearms can be purchased legally by anyone with a hunting, collector or sniper license, or by anyone declaring a need for property or personal protection. In case of patrimonial or personal defense, the weapons must be purchased in a duly regulated store and all the stages of the process must be approved by the federal police. In the case of hunters, sport shooters and collectors, the process is monitored by the Brazilian military.

According to data collected by the Instituto Sou da Paz and the Instituto Igarapé, which both study cases of violence in the country, Brazil set a new record last year in terms of legal access to weapons. As of November 2021, the army granted 1,162 new registrations per day, guaranteeing the possession of weapons for hunters, sport shooters and collectors. In July this year, the country reached the symbolic figure of 1 million legalized weapons circulating in the hands of the population.

According to Mr. Angeli, the expert on urban violence, it could take 10 to 15 years to accurately study the effects of the increase in firearms circulating in Brazil.

“First you have the decrees that facilitate access to weapons. Then there are more sales of these weapons and then more circulation of them on the streets, which will probably end up escalating into cases of violence in a few years, “said Mr. Angeli .

Even so, he recognizes that this reality has the potential to cause isolated short-term tragedies.

He cites a recent case which shocked São Paulo in which a 39-year-old man, legally authorized to carry a firearm, ambushed his wife with a rifle in the street, killing her and her two-year-old child (a second child, 4 years old, was also in the car but was not injured). The killer had been licensed because he was a hunter, collector and former sniper in the military.

With the recent decision by the Supreme Court of Brazil, it is expected that such cases will not occur so frequently, because now the guidelines established by the Disarmament Law of 2003 will once again regulate the control of firearms in Brazil.

US Senate race in Pennsylvania has usual split over gun policy, but with complications | Pennsylvania

US Senate race in Pennsylvania has usual split over gun policy, but with complications | Pennsylvania