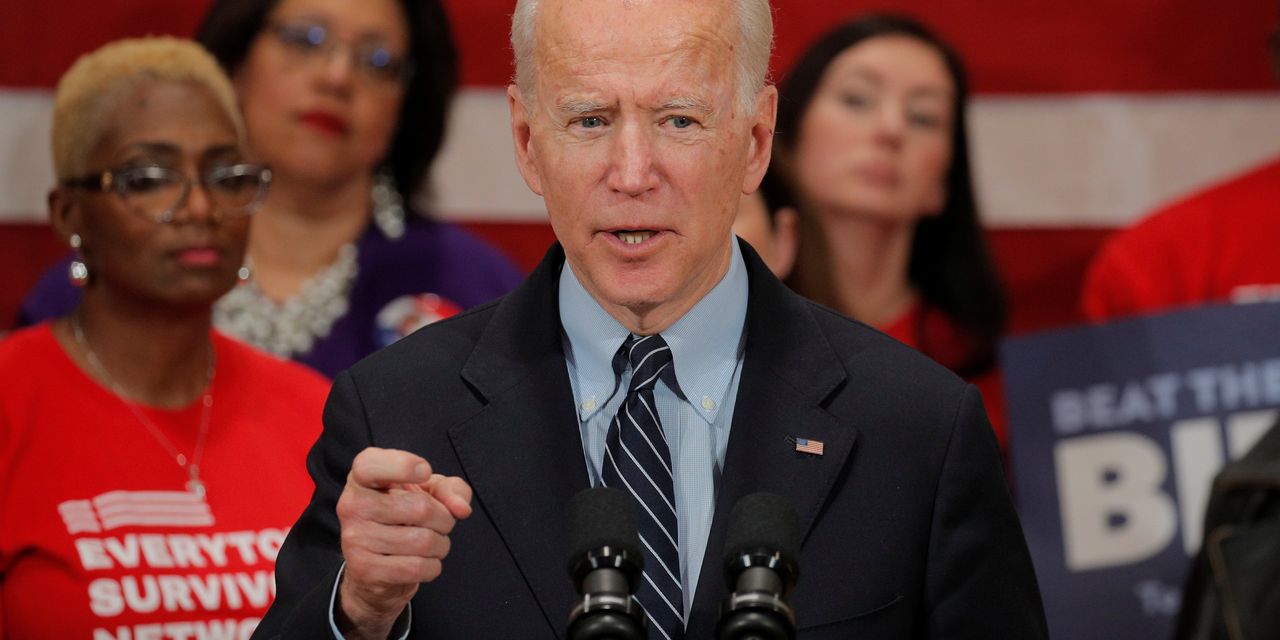 WASHINGTON â€” The White House has begun to educate gun control advocates as it strives to deliver on President Biden’s ambitious campaign promises on an issue that has long proved politically difficult for Democrats.

Ahead of the anniversary of the Parkland School shooting in 2018, Mr Biden’s plans are receiving new attention. The gun policy was not part of its first set of executive orders, but advocacy groups have said they have so far been encouraged by the White House’s outreach.

Home Policy Advisor Susan Rice and White House Director of Public Engagement Cedric Richmond held a virtual meeting with gun control groups on Wednesday, underscoring their commitment to take what they called ” common sense”. Campaigners are pushing for legislation, including an expanded background check bill, as well as items the president could pursue without the tightly divided Congress, including the appointment of a senior assistant to oversee politics firearms and to pursue stricter enforcement of existing rules.

“I get it. Covid should be the top priority, from one to 10,” said Fred Guttenberg, whose 14-year-old daughter Jamie was killed in the Marjory Stoneman Douglas high school massacre that left 17 dead and 17 injured .

Mr Guttenberg was part of a call Thursday with Ms Rice and Mr Richmond and other families in Parkland. After the 90-minute conversation, he said: “I feel, even with more definitive clarity, that this is something they intend to lead on.”

A White House official said the administration “has listened to families talk about the loved ones they have lost and the work they have since continued to honor them.”

In the aftermath of the Parkland shooting, former President Donald Trump initially suggested he would take on the gun lobby, before stepping back from his calls for sweeping reform and releasing a more limited plan. , which included a federal commission to review school safety. Mr. Trump has had a close relationship with the National Rifle Association throughout his presidency.

As a candidate, Mr Biden proposed an ambitious plan to push for legislation again banning assault weapons, push for background check legislation, as well as provide more resources to enforce the current law. During the campaign, he once had a heated exchange over the Second Amendment as he visited an auto assembly plant in Michigan, saying he was not trying to remove guns.

White House spokesman Michael Gwin said: “During the campaign, the president laid out an ambitious plan to take further steps to keep our communities safe, and he remains committed to that.”

The NRA recently filed for bankruptcy amid a legal battle with New York Attorney General Letitia James, a Democrat. Ms Hunter said the band members were “more galvanized than ever”.

Mr Biden campaigned on the idea that he was uniquely qualified to address this issue. As a senator, he worked to pass the Brady Handgun Violence Prevention Act of 1993 and the 10-year ban on so-called assault weapons enacted in 1994. During his tenure as vice-president, he participated in the response to the 2012 Sandy Hook Elementary School shooting.

But this experience is also marked by the struggles of Democrats on the issue. As a result of the 1993 and 1994 laws, some moderate Democrats lost their seats in the midterm elections, with gun bills seen as one of the reasons. And despite ex-President Barack Obama’s efforts in the wake of the Sandy Hook shooting, push for legislation to extend background checks has failed to secure the 60 votes needed in the Senate Monitored. by Democrats.

During his campaign, Mr Biden said Mr O’Rourke would help shape his gun policy. At a briefing this week, press secretary Jen Psaki was asked about Mr O’Rourke’s role. She said, “He has no official role,” but added that the president admired the way he raised the issue. She added: “I have no personnel announcements to make.”

A Gallup poll, conducted in the fall, found that 57% of Americans want tougher gun laws, 9% less, and 34% want them to stay the same.

Gun control supporters argue the political landscape has shifted in their favor, citing broad support from Democrats as well as public support for certain measures, like expanded background checks. Still, any legislation is likely to win 60 votes in the Senate, which currently has a 50-50 split, and it’s unclear if that support is there.

â€œI think it’s very clear that people on both sides of the aisle are all incredibly hungry for these policies,â€ said Christian Heyne, vice president of policy at the Brady Center to Prevent Gun Violence. â€œI think Republicans and Democrats will vote for the background check. I don’t know if we have 60 votes.

Jim Kessler, executive vice president of policy at think tank Third Way, worked for the representative at the time. Chuck Schumer during the gun control push in the early 1990s. He said there was a backlash over restricting access to so-called assault weapons.

â€œI think extending background checks is safe. It is also important, â€he said. But he cautioned: â€œI think the ban on assault weapons arouses emotions in a way where the political outcome is less predictable. “

Ms Hunter of the NRA argued that the expanded background checks are “a joke because criminals will never comply with the law,” adding that they create “extra hoops that law-abiding people must go through to obtain firearms while having no impact on crime â€.

Currently, federal law requires background checks only for sales through federally licensed dealers, although some states have added their own requirements.

Alan Gottlieb, founder of the Second Amendment Foundation, said his group has launched a nationwide television advertising campaign focused on Mr Biden’s gun proposals. Of the White House efforts, he said, â€œThe legislation is going to be a heavy burden because we will do everything possible. Everything he does by decree is excessive, we will file a complaint in court.