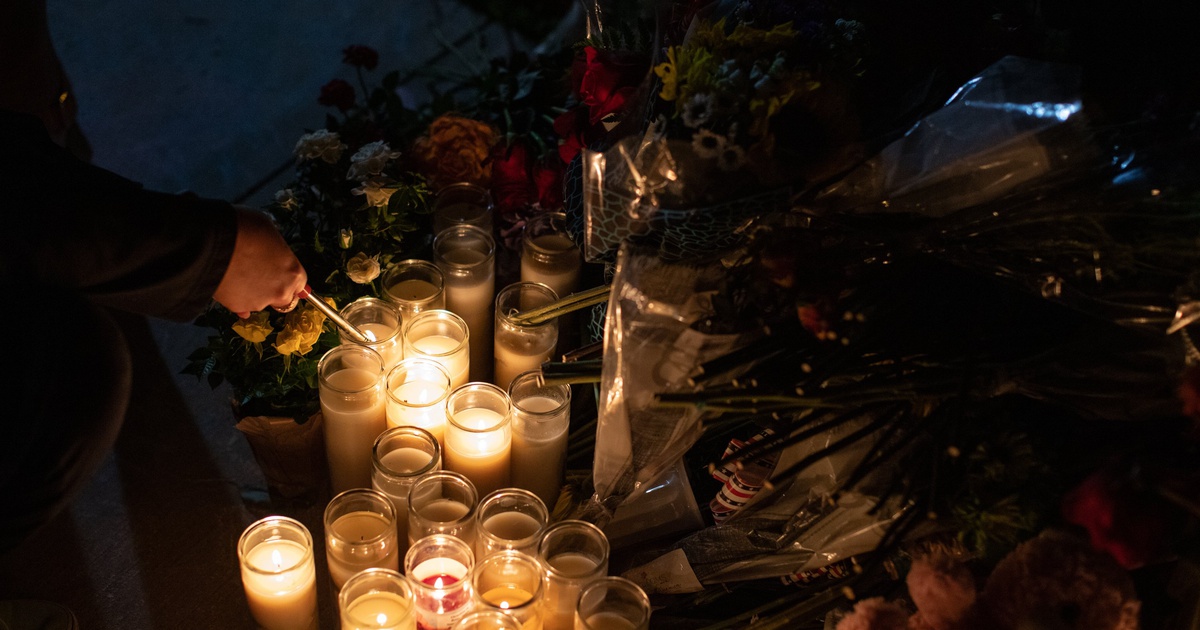 Analysis: History suggests the focus on gun politics will fade

Sign up for The Brief, our daily newsletter that keeps readers informed about Texas’ most essential news.

Time is the enemy. A week has passed since 21 people were murdered at a primary school in Uvalde, an atrocity still at the center of public and private attention and concern.

Governor Greg Abbott and other politicians tied to gun culture are squirming, but history tells us public attention will wane, voters will move on to other issues, and Texas politicians will be able to relax in their ardent gun deregulation, the leading cause of death by injury in children in the United States

The elected officials who did little to protect Texans and other Americans after one of the mass shootings that preceded Uvalde have something in common with the bewildering inaction of the 19 first responders idling down a hallway in Robb Elementary for more than an hour last Tuesday as a gunman killed 21 children and teachers.

These officials are frozen in fear of what might happen if they act, governed by what the most zealous Second Amendment voters might do if they tried to make gun safety a priority.

They are not the noble heroes we hoped they would be. They are just afraid. And it’s also a powerful fear that can hold them at bay while the people they have the ability to save are instead murdered.

These lawmakers do their job as they see fit, tailoring their responses to the wishes of some of their most outspoken constituents. Ignoring the massacre carries risks in itself, but their political judgment is and has been that the anger of gun rights supporters will be worse than the anger of voters who think gun violence is out of control and should be reversed.

What happened last week once again pits deregulators against the consequences of their own work. Virtually anyone in Texas can buy or carry a gun, and that means virtually anyone will, trained or not, stable or not, bad or not.

Voters can solve this problem, if they wish. Politicians are hypersensitive to voters, and if the mandate is anti-violence, that’s what conversations in capitals will be about. Our recent history predicts apathy – that before long voters will shift their attention elsewhere while interest groups whose livelihoods depend on gun deregulation persist.

A gun lobbyist is nothing but a persistent campaigner, showing up to work every day with a particular purpose, always talking to lawmakers, influencing policy long after others’ attention has faded. lost.

The rest of us? Not really. It’s not just about gun safety. It happens with foster families, pandemic restrictions, just about everything. We focus on the headlines for a minute and then go back to what we were doing. These hyper-aware politicians, after a few days, hear only lobbyists and interest groups and other professionals seeking government favors. It’s no surprise who usually wins the day.

The “good guy with a gun” idea was refuted by 19 good guys with guns last week. Promises of action that followed other massacres were repeatedly rescinded by a majority of Texas’ 181 lawmakers and 535 members of Congress.

The results haven’t changed because we haven’t changed. Our outrage faded after Sandy Hook, Parkland, Santa Fe, El Paso, Sutherland Springs, Odessa and all the others. Texas has seen 21 school shootings so far in 2022, according to the Gun Violence Archivesand based on the response from our decision-making politicians, voters in Texas and the United States are unfazed by this.

It’s been a week now. The holiday weekend had the usual series of movies and grills and family gatherings and parades. We are distracted. We put terrible things in our mirrors and move on.

It is true that the politicians have not solved this, and this failure belongs to them. They are cowards, chained in fear that voters will be harder on them to do something than us if, again, they do nothing.

This defect belongs to the voters. The power to turn the heads of government is easy to understand and difficult to exercise. All it takes is attention – and persistence, which is nothing more than sustained attention and action. Attention is easy; persistence is rare. Look how many times we’ve been outraged by massacres and how many times we’ve moved on and let the outspoken gun rights advocates control the government.

Texas Republicans have controlled state government for more than two decades, working steadily to deregulate guns for years, believing that’s what their constituents want, and Democrats blame them for the results and call to new laws. This is what their constituents want. Remember, though, that Texas got its open carry laws when Democrats had their say. This is what voters wanted.

Politics is words, but also actions. Texas responses to gunfire after gunfire constitute an institutional defense of gun culture, preserving an appalling status quo instead of rebuilding it.

It’s about the voters in the state. If what lawmakers were doing was irrelevant, we would punish them or correct them, and that didn’t happen.

They represent us, and they will change things if we insist.

It’s not an easy question. There aren’t a few bumper sticker solutions we can write into law to fix it. But the mindset, the will to solve the problem, does not yet exist. It will take a lot of time and a ton of work, like finding vaccines in the face of an epidemic, or going to the moon, or building a road network. But lawmakers promised to act first and did little. They misled us, and voters should be as livid about it as the governor said he was about to be misled by lies about law enforcement heroism in Uvalde .

We have seen for years the power of the small group of voters who control the Republican primaries in Texas and, in doing so, control state politics. If you help a killer get a murder weapon, you should explain to the victims and everyone else why you think it’s a good idea.

Politicians don’t have to lose elections to get the message across; they just need to understand the message that voters are sending. In 2018, Republicans won every statewide election, but they knew voters were frustrated with property taxes and public education, and in 2019, they came to Austin with those issues at top of their priorities.

There is an election between now and the next regular session of the Legislative Assembly next January. And if they hold special sessions on gun safety before then, as lawmakers from both parties have requested, this election will give voters a chance to say whether they’ve done enough.

They will respond to gun violence, but only if a persistent audience demands it.

Reviews | Gun safety must be everything Republicans fear