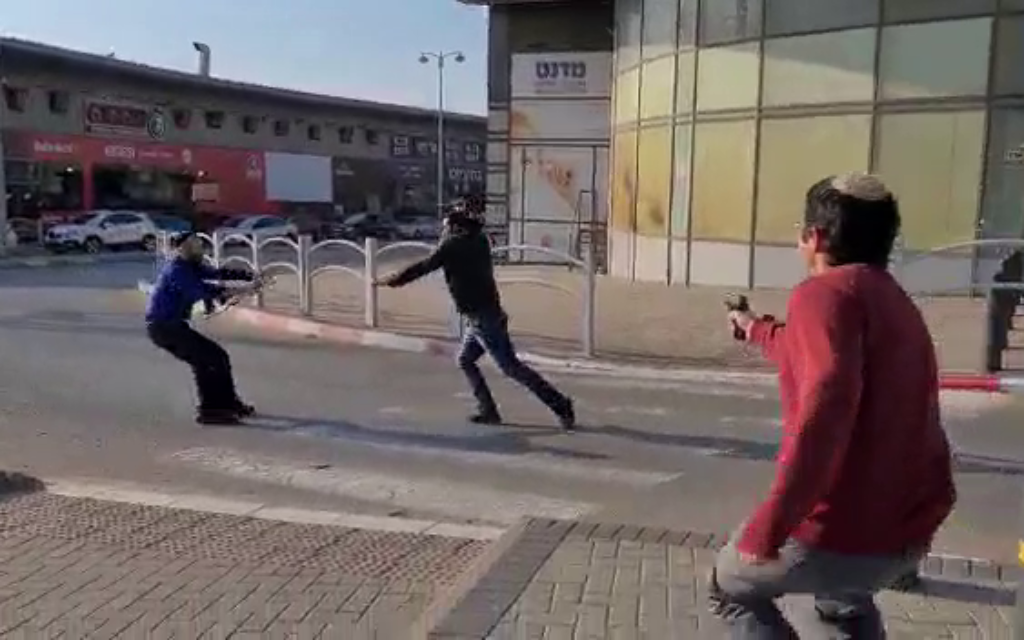 Police said they would implement a new firearms policy for civilians involved in neutralizing terrorists, following an attack in the southern city of Beersheba that killed four Israelis on Tuesday.

Mohammad Ghaleb Abu al-Qi’an, 34, killed two women and two men in the attack in the southern city before being shot dead by armed civilians. A former teacher in the Bedouin town of Hura, he had served a prison sentence for plotting to join the Islamic State jihadist group in Syria.

Police have been criticized for confiscating handguns from civilians who neutralized the terrorist, one of whom, a West Bank resident, said he feared returning home unarmed.

According to the new procedure, introduced on Wednesday, the police said a civilian whose weapon was taken for forensic examination after being involved in the neutralization of a terrorist would be escorted home by the police, and a new handgun would be issued to them under an expedited procedure.

The legal aspects of the procedure still need to be approved before it can be implemented, Channel 12 reported.

Police also said they had set up a special task force to look into police conduct during and after an attack.

Police officers work at the scene of an attack in Beersheba, southern Israel, March 22, 2022. (AP/Tsafrir Abayov)

One of the questions raised following the attack was why emergency services took so long to get to the scene. The first reports received by the local police were of a ram attack or a violent fight. The report of an ongoing terrorist attack was only received four minutes after it began.

Dismissing criticism on Wednesday, Israel Police Commissioner Kobi Shabtai said, “Four minutes from when the report is received at the police station to when it arrives is a quick response time. That’s four minutes of fast driving on busy roads, but it’s also four minutes in a terrorist incident where every second is critical and important.

The task force is expected to present its findings to the commander of the Israel Police’s Southern District in the coming days.

Additionally, the police decided to deploy additional forces in Beersheba to give residents a sense of security. Additional troops will be deployed in the city throughout the weekend.

However, current intelligence indicates that while the attack was carried out in Beersheba, Jerusalem is the main sticking point and where future terror attacks are most likely to take place. 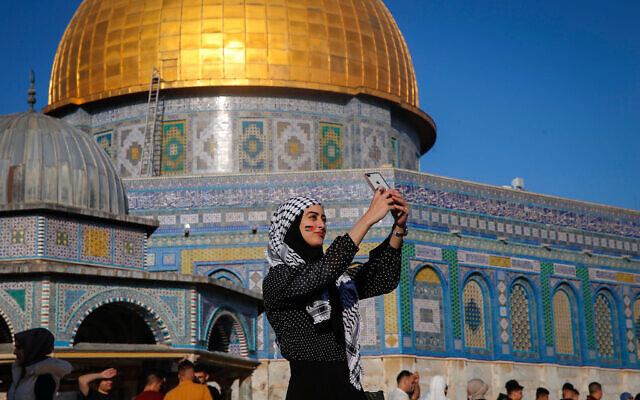 Muslim worshipers pray during the Eid al-Fitr holiday, which marks the end of the holy fasting month of Ramadan, at the Al-Aqsa Mosque compound in Jerusalem’s Old City on May 13, 2021. ( Jamal Awad/Flash90)

Ahead of the Muslim holiday of Ramadan in April, police said they would not ease restrictions in the capital.

Last spring saw events in Jerusalem around the Temple Mount and the impending evictions of Palestinian families from the Sheikh Jarrah neighborhood snowball into an 11-day war between Israel and terror groups in the Gaza Strip.

Fearing a repeat of last May’s violence between Israelis and Palestinians, the Biden administration is urging Israel to take preemptive action to prevent a similar eruption next April, which will see a confluence of the Jewish holiday of Passover, the holy month Muslim Ramadan and the Christian holiday of Easter.

If so, we have a request.

Every day, our journalists aim to keep you up to date with the most important developments that deserve your attention. Millions of people rely on ToI for fast, fair and free coverage of Israel and the Jewish world.

We care about Israel – and we know you do too. So today we have a question: show your appreciation for our work by join the Times of Israel communityan exclusive group for readers like you who appreciate and financially support our work.

yes i will give

yes i will give

Already a member? Log in to stop seeing this

You are a dedicated reader

We’re really glad you read X Articles from The Times of Israel over the past month.

That’s why we started The Times of Israel ten years ago – to provide discerning readers like you with must-read coverage of Israel and the Jewish world.

So now we have a request. Unlike other media, we don’t have a paywall in place. But since the journalism we do is expensive, we invite readers to whom The Times of Israel has become important to help support our work by joining The Times of Israel community.

For just $6 a month, you can help support our quality journalism while benefiting from The Times of Israel WITHOUT ADVERTISINGas well as access Exclusive content only available to members of the Times of Israel community.

Thank you,
David Horovitz, founding editor of The Times of Israel

Already a member? Log in to stop seeing this