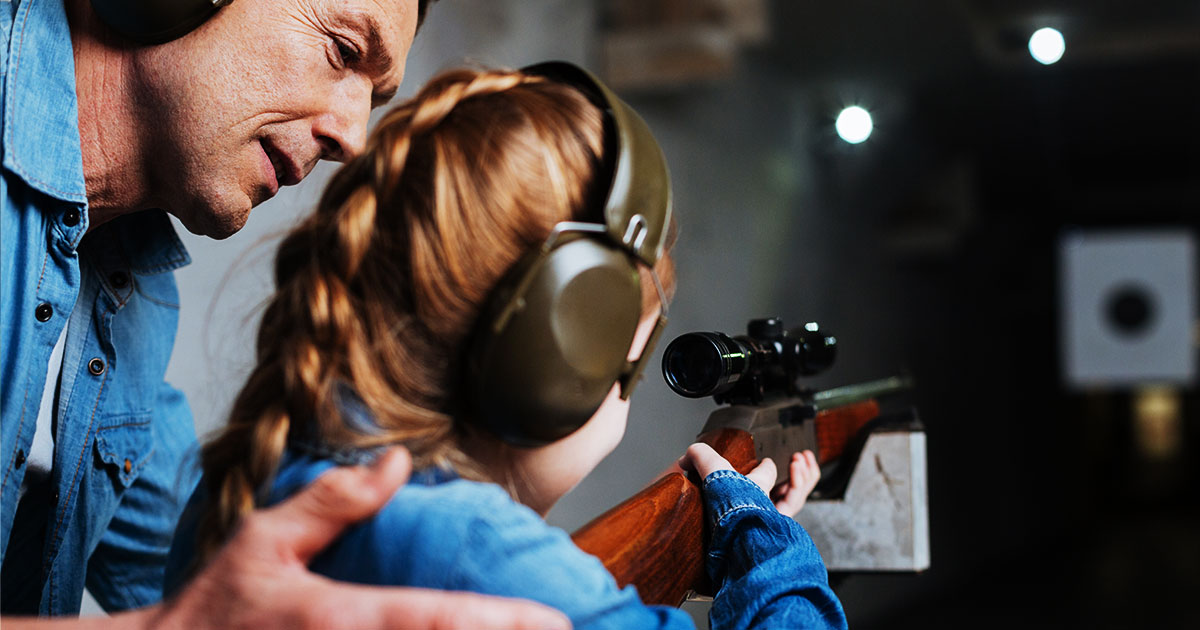 Gun safety and gun control are controversial topics of discussion, but we can no longer look away. The American culture of gun violence has spawned several incidents of shootings in which one or more innocent victims have lost their lives.

It is very debatable whether we should provide gun education in schools. Since children need parental consent and approval to enroll in these courses, many such educational initiatives have encountered obstacles in their implementation.

The irresponsible use of firearms has resulted in a large number of deaths. In 2015, on average, 37 Americans were killed by guns every day. On average, a toddler shot someone about once a week and 19 toddlers were shot and killed in 2015.

It is important that we keep our firearms out of the way, safe and secure, and protect our little ones from themselves or from others. Here are a few reasons why the advantages of controlled gun education may in fact outweigh the disadvantages.

Analyze the effectiveness of education

Gun rights activists oppose gun safety education because all learning is based on the premise that a gun is something to fear.

The National Rifle Association (NRA) -supported Eddie Eagle program teaches children to stop if they spot a gun. Do not touch the gun. Leave the area and tell an adult. These are the four most important rules of gun safety. Children in grades K-6 learn that it’s best to leave guns alone and that they shouldn’t try to handle them. But some experts believe that the more a gun becomes banned, the more curious a child becomes.

Renowned psychologist Marjorie Sanfilippo believes that children are too young to understand the gravity of the situation or the consequences of their actions. A joint study by Marjorie and ABC found that despite education, children picked up guns, examined barrels and played with them. The best thing to do, therefore, would be to put firearms out of the reach of children.

The Center to Prevent Handgun Violence offers the Straight Talk About Risks (STAR) program to K-12 students to teach them about anger management, conflict resolution and the harmful effects of gun use to resolve conflicts. The point raised against STAR is that it teaches kids that gun ownership is bad.

Do not instill fear in children

Many safety education programs aim to make children wary and cautious around guns. But this may not be the right approach.

Fear makes children anxious, worried and uncertain around a gun. When young children are afraid they tend to make mistakes. They might try to mishandle the weapon or try to grab it, which would lead to accidents. Additionally, a third of Americans own guns, and many children grow up in homes that have guns. It is therefore better that they develop a stable relationship with their tools rather than learn to be afraid.

In states with higher gun ownership rates, it is necessary for children to develop a healthy outlook on guns. It is the duty of parents to help children realize the responsibility that comes with owning a firearm. They must be taught to respect, maintain and use their firearms responsibly. And the best way to do it is for parents to set a good example for their little ones.

The more mysterious and inaccessible a gun, the more tempting it will be for children, especially boys.

Some Colorado schools have authorized the NRA to provide gun training to middle school students. Its main purpose is to give kids an idea of ​​how to deal with guns if they come across one. Safety is the top priority in the training program, and children learn to check for empty chamber and magazine. They are also taught to always point the weapon down and in a safe direction, among various other safe handling skills. Children should definitely learn to use these same safety precautions, even if they are handling a ball gun, paintball gun, or maybe even some airsoft gun of some kind. It is growing in popularity among the youth of our country – children should treat them with the same respect, care and attention to safety as they would when handling a real firearm. Whether you are dealing with paintball accessories and gear, or airsoft accessories, safety measures are always essential!

Many parents want gun safety to be left to their discretion, just like religion. If you are going to teach your children to use guns, it will be better if you don’t just rely on school. Give your child a BB gun that will help them adopt good safety habits. Take the child on short hunting trips to watch and learn from you. Your child must learn to respect his weapons and the game he hunts. He must be taught to take care of the meat and not to waste anything. As your child watches you practice excellent safety habits, waste no part of the hunted animal, and treat tools with respect, your child will also learn the same.

Take part in your children’s learning

Children, especially those in upper grades and middle school, must learn to deal with conflict through peaceful means, and they must know the untold suffering and pain that one bad blow can inflict.

Get involved in your child’s life, both in and out of school. Know the friends with whom he likes to spend time. Violence in video games, bullying, and a glamorous gun culture are all equally responsible for driving our children toward the inappropriate use of guns.

If you feel your child is upset or stressed, talk to them and offer them all the support you can. Talk to teachers and school officials if you think there are serious problems or issues among the students. Keep a close eye on your child’s personality for any changes.

Small children should know that guns are not toys and should not be touched. Your best bet is to keep the guns locked away from the reach of your children.

Gun culture is an integral part of the revolutionary history of our great nation. If we teach our children responsible use and respect for firearms and keep firearms out of the reach of toddlers and young children, there would be fewer unfortunate gun deaths.